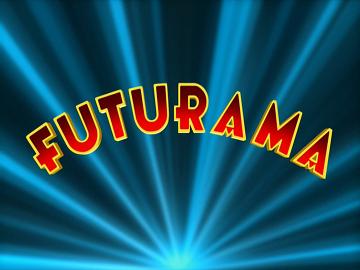 Last year Comedy Central aired the last, at least for now, episode of Futurama. It is not the first time Futurama has ended. Or the second. For a show as consistently excellent and intelligent as Futurama, it seems to get cancelled a lot. Unlike when it was dumped by Fox or the uncertainty after the movies, this time I think I am ready to let it go. It feels like time. Very rare is the show that runs exactly as long as it should. Too often great shows are cancelled early, like Firefly, but just as frequent are great shows that run until they aren’t great anymore, like Scrubs or The Office. Futurama was once the first and by ending now keeps itself from being the second.

Many say that the new Futurama was not as good as the old, and I am sympathetic to this line of thought. There is something different about the Comedy Central episodes. They seem freer, in both good and bad ways. The Fox episodes felt more constrained in what they were allowed to do, especially in regards to sexual references. That constraint in gone. But the episodes also felt more tightly written, as though being told that they couldn’t do what they at first wanted to meant that they had come up with something better. There is looseness in the new episodes. Of course, maybe I feel that way thanks to the much looser animation. That looseness made the quality of the individual episodes more variable. If I were to rank all the episodes from best to worst (an endeavor I attempted just before the show started back up) I am sure than most of the bottom 10 would be from the new stuff. However, I also suspect many new ones would be near the top. The middle of the road episodes are all old Futurama.

The thing is, I don’t think the show was slipping. This wasn’t Family Guy coming back as a shambling homunculus of a once hilarious show. The Futurama writers were near the top of their game. The worst of the new stuff were the first few episodes right at start. They felt like an ace throwing warm up pitches. There is greatness there, plenty of movement on the fastball but the velocity isn’t quite there. Soon, though, they found their groove. The last ten episodes or so were largely great.

Still, there were hitting a point where they were largely retreading old ground. How many times can Fry learn that maybe his family did care about him? How many times can he or Bender make a deal with the Robot Devil? To be fair, nearly every time they went back to an old place they brought something new with them. The show wasn’t running out of ideas, but their world was becoming increasingly filled in. Which I why I am okay with seeing it go. What happens now is that characters are twisted into terrible parodies of themselves. That process was already happening to Amy and Hermes. It happened to Zoidberg long ago. While it is likely not their choice, this is a good chance for Futurama, after a nice long run, to go out with some dignity.

Futurama is one of the best shows to air ever on American Television. It was a show that wasn’t afraid to be nerdy; to be actually truly smart. It is the only show with jokes about mathematical concepts and references to science fiction beyond the standard Star Wars/Trek general knowledge. It also wasn’t above being stupid. Philip J Fry may just be the dumbest lead character ever. It was the melding of those two elements that helped make the show great. All good things must come to an end and now is that time for Futurama.

“Space. It seems to go on forever. Then you get to the end and the gorilla starts throwin’ barrels at you.”