I decided to ease myself into this 25 Years, 25 SNES Games project with Super Bomberman. More so than any other game on my list, this one I knew what I getting going in.  It’s Bomberman.  Everyone’s played some version Bomberman before. Right?

Maybe not everyone has played Bomberman, but since his last game came out more than a half decade ago, maybe people don’t know Bomberman.  Well, they should; his games were great. They spanned most consoles from the NES all the way to Wii, Xbox 360 and PS3. While Hudson Soft other supposed mascots, the one that stuck around throughout the history of the company was Bomberman.  The games, at the heart of their most important mode, can trace their style of play back to Pac-Man and other single screen character action games.  Players control a little robot in a maze, trying to clear paths or trap monsters/other players with their bombs.  On the surface it is simple, but the complexity is hidden just beneath the surface, especially against living, breathing opponents.

While I was a fan of Bomberman, I had never played any of the Super Bomberman games, of which I understand there are four.  I spent a ton of time with Wario Blast (featuring Bomberman) on Gameboy, which instilled a love of the little robot in me.  I also spent some time with various N64 games and a few download titles since.  But I never really even knew about the SNES games at the time.  Super Bomberman is a good, if not spectacular, rendition of Bomberman.  You blow up enemies and pick up power-ups.  There is a story mode, where you play against the computer, pretty simple with some fun but unspectacular bosses to fight.

I am given to understand that the other Super Bomberman games are better than the first one.  That seems likely.  This game is a pretty no frills experience.  It has just story mode and battle mode.  Each works just fine, but there are few bells and whistles.  Still, the game is still a lot of fun.  Bomberman stuck around so long because the core game is so very good.  Though this game provides little beyond that experience it is still a worthwhile experience just for that.

This game really makes me pine for the days when games like this came out.  That is maybe (absolutely) being unfair to the robust indie and download game market, but I can’t help but look back on the days when something like this could get a boxed release and be a well-remembered game.  Games like Bomberman aren’t exactly gone, but they have become rare and have been shoved off to the sidelines of the gaming world.  The closest recent example of game like this that I can think of is Nintendo’s Boxboy; a game that is relatively simple on the surface, but has satisfying depths to plumb.  Really, this is just an old game enthusiast yelling at kids to get off my lawn.  I am growing increasingly disconnected with modern gaming, and going back and playing games like this makes it clear to me how much more I liked games back then. 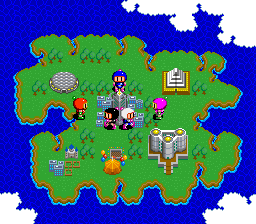 So, Super Bomberman; it is a good game.  One that is a perfectly fine game, but maybe isn’t as worth playing now thanks to other Bomberman games that just offer more.  I have heard the Saturn Bomberman is the cream of the crop, but there is too much of the series I haven’t played. Still, I’d call the first SNES game I played this year an unqualified success.