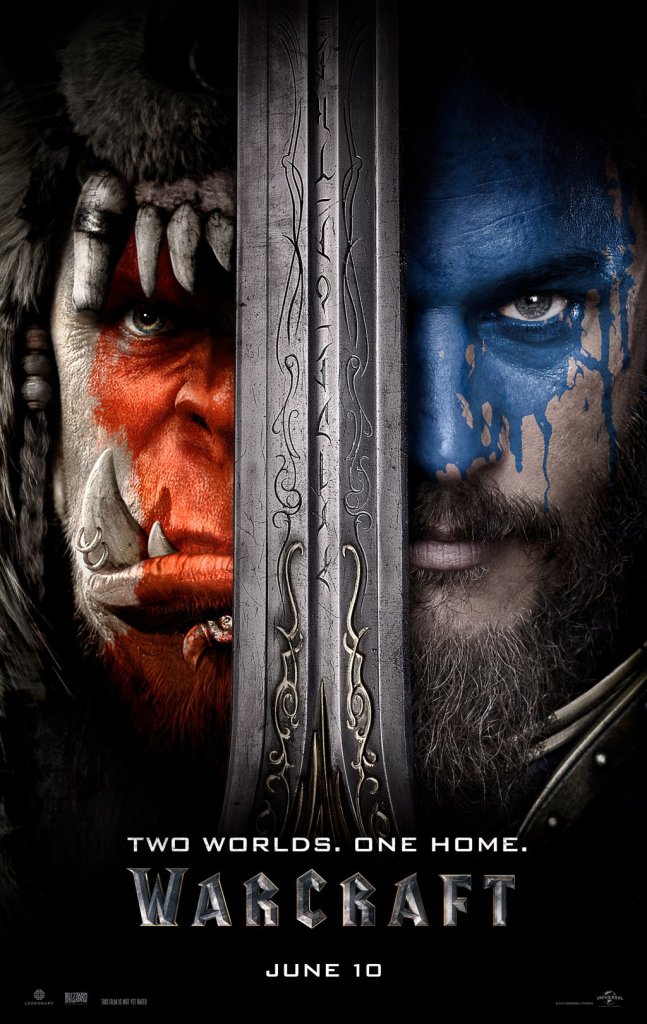 I am not going to sit here and try to tell anyone that I am a big fan of the Warcraft games. That was true many years ago, when there were only two such games and I counted Warcraft 2 among my favorite video game experiences. But with Warcraft 3 and especially WoW, the series moved away from my interests. Still, I am a big fan of fantasy movies in general, so I had some anticipation for the Warcraft movie. That proved to be misguided, as Warcraft is a turgid, self-serious and simply dull affair that does nothing to leverage the possibilities of the games into a watchable movie.

The most obvious point of contention is movie’s visual effects. They are ever present and unignorable. As far as I can tell, it is never the intent of the film’s effects to present a realistic world, instead an attempt to translate the decade old visual style of WoW into something vaguely resembling live action. The Orcs are cartoonish hulks with hands bigger than their heads. The humans, while being the live action portion of the film, are decked out in the most absurd accoutrements. The overall effect is something out of a particularly garish cartoon, with a simultaneously strong sense of style and absolutely no personality.

It accomplishes that dubious feat the same way it bungles its story; by lavishing solemnity on the most generic of fantasy tropes. It takes all of the barebones ideas of Lord of the Rings, the orcs, wizards, noble kings, etc., removes all the unique and thought provoking elements and treats it all with the utter gravity of a Shakespeare tragedy. Giving a general plot outline is almost treating this movies story with too much respect. Orcs cross a gateway into the human’s world, escaping their own dying world, and start a war with the humans. After initially being shocked at their new enemy, the humans fight back. There are infighting factions and double crosses galore before it builds to an ill-defined final battle.

Treated as a fun fantasy romp, this could have been a delight. Instead, it plays it all as seriously as possible. It expects all of its viewers are intimately familiar with the minutiae of Warcraft lore, so merely saying a character’s name should tell the viewer all they need to know, but that doesn’t work for the uninitiated. It could have been saved with exciting, inventive action sequences, but those are not offered here. While indistinct CGI battles rage in the background, the movie’s heroes are more interested in talking amongst themselves on the battlefield. That stupidity reaches its apex at the film’s climax, but it is persistent throughout. Battles rage, but the heroes only have the most cursory interest in them. The best of these sorts of movies use the action scenes to cement character traits, like Star Lord in Guardians of the Galaxy using his rocket boots to various effects, but there is almost none of that here. Orngrimm Doomhammer does use a hammer I guess, but getting any sort of read on what that character thinks is next to impossible.

Warcraft is a movie that is garish, self-serious and inordinately stupid. Perhaps my opinion would be different if I already cared about this world and these characters, but the movie does not give a reason for the viewer to care. It treats its very existence are revelatory, as though everyone watching is waiting with baited breath to see Lothar and Durotan, as though they are not characters crafted on a completely generic fantasy template. The only thing this movie accomplishes is to impress upon the view of its sense of self-importance. That and it made me want to dig out my copy of Warcraft 2 and play that again.