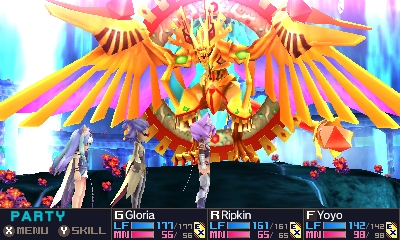 I am going to have a full post for this game coming soon, but this turned out to be a nice surprise. I bought it out of excitement for the original DS game five or so years ago, a game that looked great but never came out on this side of the ocean. By the time it go to this third numbered game the series had morphed into something different. Still, this is a solid combination of the Wizardry descendant Etrian Odyssey and something with more of a traditional Dragon Quest lineage. It combines some truly unique classes with some of the most uneven difficulty I’ve seen in a long time. It is a weird, fun little game that I don’t expect to remember having played this time next year. It reminds me most of a mid-tier PS1 RPG, which is a uniquely enjoyable experience.

BoxBoxBoy – The original BoxBoy was one of the best games of last year, this is just more. When a game is as good as BoxBoy, more is really all you need. This time it lets the player make two sets of boxes, and then builds increasingly difficult puzzles around the various options that unlocks. With its simple graphics and character design, all the game has to rely on is its level design. Fortunately, in BoxBoxBoy that design is excellent. Each world is a class in introducing a concept before requiring mastery of said concept and finally combining that concept with previously learned concepts. If you own a 3DS, you need to own both this game and its predecessor.

Illusion of Gaia – The further I get into this game the more I like it. I should have a post about it coming before too much longer. This is the good stuff; this is why I am playing SNES games to this day.

Super Mario RPG – I did start over with the WiiU VC version of this, because I am a glutton for punishment. This has always just been one of those games for me, games that I’ve had the chance to play some and really enjoy, but have never been able to find the time to actually sit down and play it all the way through. I am going to make August the time I do that, I swear it this time. And you know my word means … nothing.

Monster Hunter Generations – Now that I’m done with 7th Dragon, this will be the new fixture in my 3DS’s cartridge slot. I don’t think I ever played Monster Hunter 4 enough, and might actually go back to it this fall, but there is nothing like a Monster Hunter game to eat hours of hours of gaming time. I’ve don’t usually fall for this sort of game. MMOs hold no interest for me, and I never could get more than a couple hours into Diablo or any of its clones, but MH really hits the spot for me. Starting this game out, it seems like they’ve changed things up just enough to make it worth owning alongside MH4U. The styles are a neat idea, if maybe not one they got quite right the first time out. I haven’t played it enough to say for sure. I am trying to stay away from my usual MH weapon, the hammer, this time out. That was the one that immediately grabbed me when I first played MH3U, and I mostly stuck with it in the sequel. Now I am trying out various other weapons, from gunlance to sword and shield. I don’t know what I am going to stick with, though. Every weapon is reminding me the ways that it isn’t the hammer. 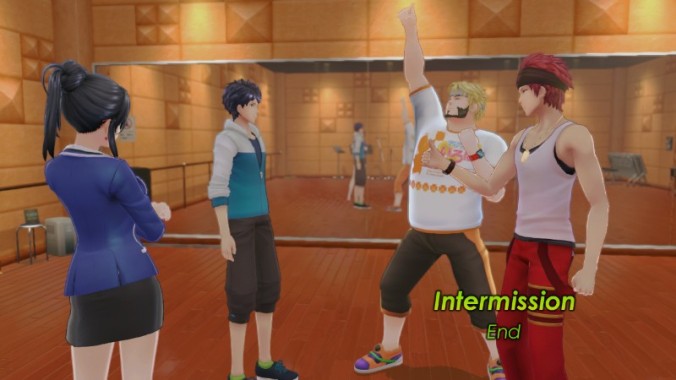 This game is so much better than I expected. After building up in my head what SMT X Fire Emblem could be, when it was revealed to be this I was more than a little disappointed. Still, I had enough faith in Nintendo and Atlus to get the game. As goofy and weightless as the game is, it has an undeniable charm. Maybe it’s just playing a full-fledged JRPG on a big screen, something that has become a distressingly rare occurrence over the last console generation, but there is something remarkably well done about TMS#FE. It is a big game with numerous, complex system, but all of those systems complement each other. This is a game made with a vision that has resulted in a something completely coherent.

Kirby & The Rainbow Curse – I’ve played through the first world of this game. The look is wonderful; no one does aesthetics like Nintendo. Who needs realism when you can make a game look like it’s made out of clay? I don’t know that I am as fully sold on the gameplay. It is different and occasionally tedious, but there is something there. I just don’t know if Nintendo found it.

Fire Emblem Fates Revelations – I’ve taken enough of a break after beating both Birthright and Conquest, it feels like time to get back to what is essentially the third part of this trilogy.

Hyper Light Drifter – I’ve got a controller to play this, since it is compatible with my current set up, but I got this with the Kickstarter and really want to play it. I intend to make time sometime in the coming weeks.

Eliiot Quest – I started this early in the year, but got distracted. I have a lot of games I need to finish before I get back to this, but I really want to.

Secret of Evermore – I am putting this on her as wishful thinking as much as any real intention to get to it in August. Illusion of Gaia should be finished soon, and hopefully Super Mario RPG not long after that, but I don’t know that how much time I’ll have for yet another 16-Bit RPG (of sorts) in the next month. Maybe I should have put Skyblazer or Wild Guns here, but I really think Evermore is next after Illusion of Gaia.