I finished four books in October, my goal number. One of them was a book that I had been working on for months, but never really seemed to make much progress. I am not having my best year reading, but I think I am still going to finish up above 50 books read, which is my usual goal. 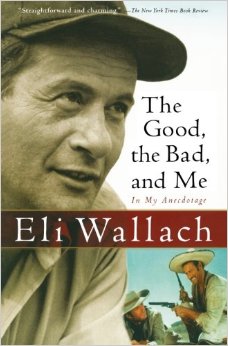 The Good, The Bad and Me in my Anecdotage

Eli Wallach is a great actor and a good storyteller, but in this autobiography he seems to be too nice a guy to have any truly eye catching stories. That is not to say that there isn’t a lot of worth here, because this book is a lot of fun. But every time it brushes up against someone or something controversial, Wallach only has nice things to say. He seems like a genuinely nice guy, with a lot of passion for his profession, but his anecdotes would have been a more interesting if they were a little more salacious. He has stories about Marilyn Monroe, Marlon Brando, Steve McQueen and many others, but the worst anyone comes off is mischievous or troubled.

That is a really unfair way to put things. I know that. Wallack packs this relatively short volume with a lot of detail and a lot of stories, from his earliest memories to his experiences in the war to his struggles starting a family while also starting an acting career. It really made me wish I could have seen him on the stage, because that seems to be where his heart lied. He shows a lot of passion for the art of acting and while he has plenty of good stories about many of his classic films, he seems to remember working on the theater more fondly. 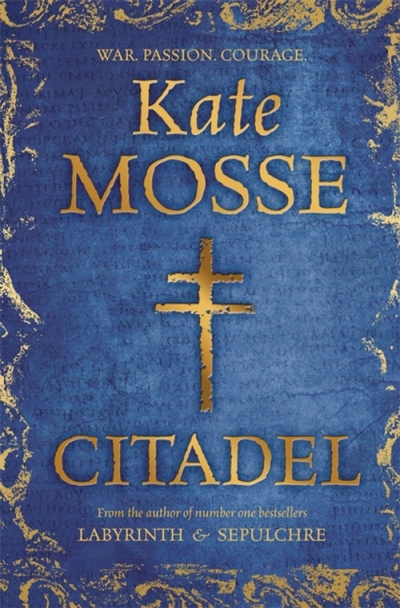 I read the previous book in this loose trilogy, Sepulcre, though I can’t remember a single detail about it. Other than the setting, I guess. This book is set in the same region of France, that is what binds the books together, but it takes place mostly during WW2. The protagonist is Sandrine, a young girl who is trying to eke out a living in occupied France, and the book follows her experiences throughout the war. It starts with her as a naïve girl who is inadvertently connected to something bigger. As it goes along, she takes a more active role in the French Resistance and in the seach for the Codex, a manuscript hidden in the area by a monk from the dark ages that is said to be very powerful.

While quite enjoyable once it gets up to speed, its pacing can generously be described as leisurely. It is a long book, nearly 700 pages, and it takes forever to get moving. Usually, I am not one to complain about that, but there isn’t enough book once things are moving to make up for the long set up. It does set up something that should be a lot of fun, an all-female group of resistance fighters. Only the last third of so of the book actually deals with them, the first parts of the book showing how they got involved. Really, it is a long time before what the Codex is, and why they are after it even becomes clear. But those last 200 pages or so, when to book all but becomes Indiana Jones are a lot of fun, though beware the sucker punch of an ending.

I read another book in this series, a later book that was the first of a trilogy – I had somehow ended up with three separate trilogy starting Deryni books – and I feel much the same way about this book as I did that earlier one. This isn’t bad, though the prose can be dry, but there isn’t much here to draw the reader back. This one tells the story of how young Kelson became King. That is entirely it. His father is killed, and he must navigate the court along with his father’s closest advisor and Deryni, which is basically a person with magically inclined blood, Morgan. His mother, who hates the Deryni, opposes Morgan’s being there and trumps up treason charges against him. He and Kelson must avoid that while getting Kelson ready for everything that might happen at his coronation. It is moderately entertaining, truly medieval fantasy. Not a lot happens, there are a lot of plots already in motion when the book starts and it doesn’t go out of its way to fill the reader in on any details of how things were set up, only the effects. Still, I liked it enough that I would read the rest of the series if I stumble upon in. 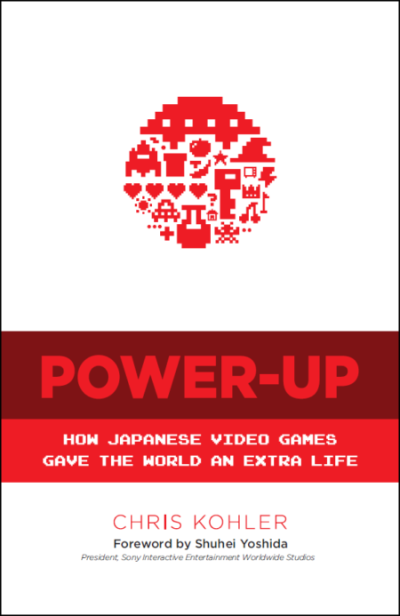 I like Kohler. I liked his appearances on Retronauts over the years. I’ve liked reading his stuff at Wired. I didn’t, however, greatly enjoy this book. It is uneven; some chapters are excellent, others don’t really seem to have a reason to be in the book. Some of it is out of date, which is the unfortunate effect of a decade going by since this was originally published, but there are chapters that only vaguely connect with the rest of the book. Still, the goods parts outweigh the bad and even the bad chapters aren’t especially bad. The strongest parts are the earliest chapters, where Kohler outlines the growth of video games as a storytelling medium, growing from narrative free games like Pong, to relatively more sophisticated things like Donkey Kong to full stories like in Legend of Zelda. He presents a clear thread of growth. Also detailed are the rise of JRPGs like Dragon Quest and Final Fantasy and the beginnings of the music game genre. It is all good informative stuff. The chapter on Akihabara is much less compelling, even ignoring the fact, as noted in the book, that it is no longer exactly true. Still, the book is certainly worth a read for fans of video game history.

I really bounced off this series hard. I love Scioli’s art, and I like premise quite a bit, but the writing, especially the dialogue, is really off putting. These characters defy any sort of connection or even amusement. They are unpleasant and uninteresting. This volume covers a lot of ground, with a lot of villains and one of the protagonists sisters disappearing in space and I guess it is all building to something, but the further in I got the less I cared. A lot of ideas are thrown onto the page, but the ratio of good to bad is truly unfortunate. I get that it is trying to ape the constant energy of Jack Kirby, but it doesn’t have the cohesion of his work. It ends up being a pale imitation; it feels cynical in a way that Kirby’s stuff never does. I doubt I will be getting Volume 3. Instead I’ll just ready Scioli’s excellent American Barbarian again.