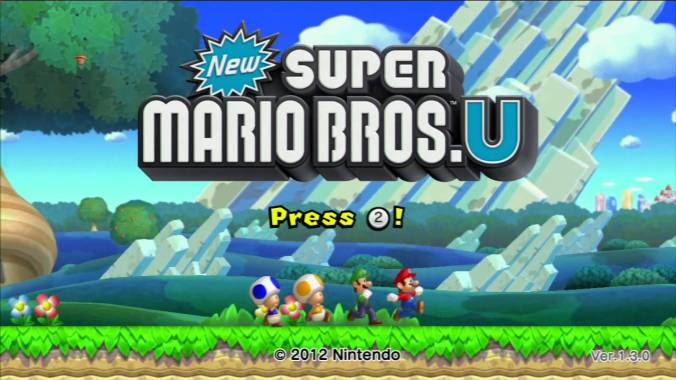 Like NSMB2, this game came out during a glut of Mario games and I don’t think it was properly appreciated. It doesn’t help that it is currently, exclusive to the tragically ignored WiiU. Some people think it is the best Mario game, but many more have likely never gotten to experience it. Hopefully the rumored Switch port becomes reality, because this game deserves to be played by more people.

NSMBU does its best to ape Super Mario World in many ways and it mostly succeeds and at times it surpasses that SNES classic. It brings back the world map stuff that helped make that game so memorable, for starters, with alternate paths opening up based in taking specific exits. Finding those deviously hidden paths is delightful. Otherwise, it is mostly just a Mario game, if a particularly well made one. It is hard to specify how the level designs are great without going into specific examples, and I really don’t have those queued up, but the difficulty curve is masterful. Most players should be able to beat the first couple of worlds without trouble. The next few provide more challenge, especially if the player is insistent on getting the hidden coins in each stage. Then the last couple of worlds are truly challenging, though largely surmountable without too much frustration. It provides a game world that has something to offer players of all skill levels and is set up to teach players to be better at the game. 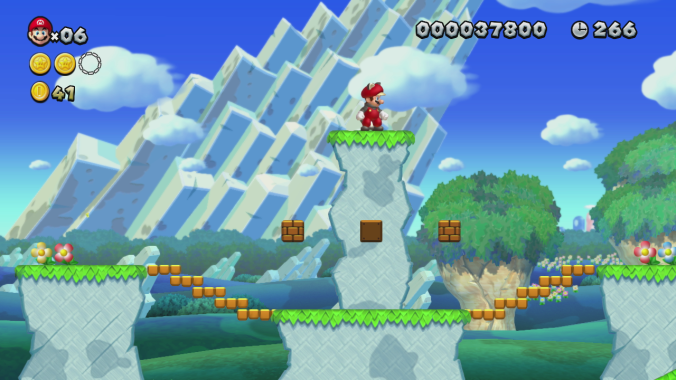 Possibly its truest triumph is in the presentation. It is the first outing for Mario and company in HD and it shows, in a good way. Stylistically it is the same as the previous “New” games, but it just looks and moves amazingly. Then there are the special levels. Certain levels use a special graphical style that is beyond anything else. The most notable example is the swamp stage with a background patterned off a Van Gogh painting. There are other examples making for a game with varied and interesting looks that perfectly complement the play.

There isn’t anything new in New Super Mario Bros U, but it does almost everything other Mario games do better than it has been done before. If this turns out to be the last game in the “New” line of Mario games, it is a fitting end. It is everything those games are at their peak.

On to, or back to, Super Mario Galaxy!