Bravely Default has been widely praised. You can check reviews everywhere. People love this game, with good reason. It combines some old school sensibilities with some very progressive features. At first, I was would have counted myself among the lovers of this game. The Final Fantasy (I know it doesn’t say Final Fantasy on the box, but it might as well be) Job system is always fun and this is an excellent rendition of it. The default system adds some nice strategic depth. But the further the game went on, the less found myself enjoying it. Bravely Default may have many strengths, but balance and pacing are not among them. 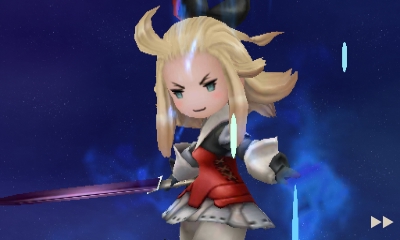 It starts out fine. You go through dungeons, you fight bosses, you get new jobs. Things keep moving. None of the dungeons take too long and you learn abilities a fairly rapid pace. After the first couple of chapters, the repetitive nature of the starts to sink in. Each one follows the same pattern. You go to a new area and can’t get into the temple, so you go to the town and solve some problems until you figure it out. It isn’t a problem, but it becomes predictable. Then you get to Chapter 5, which has you doing the first four chapters over again. Then chapter six … is the same thing again. The only difference after the first pass is that you can skip all the dungeons. And you have all the jobs. So all it is all boss battles. It is frustrating. There is still some story momentum, but fighting nothing bosses and bosses over and over becomes wearing. It gives the game an odd shape, where after about the halfway point most of the game just falls away. Many skills that would be useful against hordes of lesser enemies become useless unless you are intentionally grinding to gain experience or job levels. And that is assuming you don’t use the options to eliminate random battles entirely. 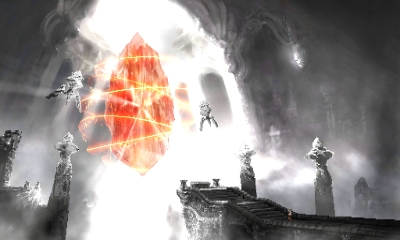 The balance isn’t much better. That is the problem with creating a game with a job system as wide open as Bravely Default’s system. Depending on what jobs you choose and what abilities you’ve unlocked, the game is either ridiculously easy or ridiculously hard. Eventually the balance tips in the player’s favor, once the party has accumulated enough skills, but before that it is all hills and valleys. I some parts you can just set it one auto-battle and barely look at the screen. At other parts any random battle could quickly and easily result in a game over. It’s not a fun roller coaster ride, it’s car crash whiplash. I’ve played plenty of jobs system games before. I’ve played Final Fantasy V and Tactics, I’ve played a handful of Dragon Quest games with a similar system. I have never played a game with balance that was further off. It makes for a lot of fights with repetitive tactics, where a lot of battles end up needing the same strategy. There is a sidequest in Chapter 4 where you have to fight 6 dragons. They are some tough enemies, especially for that point in the game. However, the can all be beaten with the same strategy involving just one skill. It isn’t fun, but it is effective. 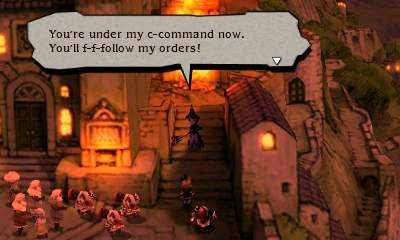 These are some pretty big flaws in an otherwise great game. Ultimately, it was more fun than frustrating, but there was simply too much frustration. The look and sound helped, as did a story that while not especially good, did have some interesting twists. I think I had more of a problem with the balance and pacing than most people. The thing that grated on me the most was seeing this game praised at the expense of its spiritual predecessor, Final Fantasy 4 Heroes of Light. That game is also flawed, but I had more fun playing it that I did with its more polished follow-up. Still, I’m glad to get even a flawed game like this nowadays. I’ll definitely be right there when we get the sequel.