1001 Spikes was released a few weeks ago across a slew of download platforms. People remarked on both its punishing difficulty and its 8-bit aesthetic. Those are remarkable things. The game is hard. The mechanics are tight, but the game tests the player’s timing, reflexes and (to a lesser degree) memory. The graphics and sound are both highly reminiscent of the early NES days, the days of Spelunker and Super Mario Bros. The look is not a slapdash imitation, but a loving recreation of that aesthetic. That loving recreation is the heart of the game. As you unlock more characters and modes it becomes clear that the whole game is just a love letter to 2-D video games.

The main game of 1001 Spikes is simple and sadistic. It is 30 Stages, at least initially, full of spikes and deathtraps and crumbling ruins. To beat a level, you must find the Key and get to the door. Simple, in theory. But it quickly gets hard. Spikes shoot out from the floor and ceiling. Statues spit darts out at the player. Blocks fall out from under and on top of the player as they run through. Most of these tricks are hinted at. Blocks that will crumble look a little different than solid ones. Statues that spit darts have slightly open mouths. Still, there are traps that you can’t see until you get to them. The game delights in catching the player off guard, in making you feel safe when you are really not. It isn’t really fair, but it never feels too cheap. The stages are short, most can be completed in less than a minute, and lives are plentiful. A death results in the loss of very little progress. Honestly, only a handful of the first 30 Stages require any sort of memorization. Most should take only a few attempts to learn some of the more devious traps and complete. While many of the traps are sadistic, the game itself is very friendly. You start with 1001 lives, and it is easy to get more. There are no checkpoints, but each stage is small. Plus, if you are well and truly stuck you can skip any and even all stages. Yes, you must beat all the stages to see the end of the game, but you can essentially do it in any order you want. The whole game is just expertly crafted danger.

Where the love letter to video games comes in is with the bonus modes and characters. There are three multiplayer focused modes. The first, The Golden Vase, is essentially Mario Bros, the one where two players compete to kill enemies and collect coins. Here there are no enemies, just a vase that gives coins when you hold it. Players must attack each other to get the most coins. It is a fun diversion for a few minutes, but far from substantial. Then there is The Lost Levels, a collection of regular stages that were designed with multiple players in mind. They are like the main game, but more wide open and are much easier with some teamwork. The only drawback is that they must be completed with only 100 lives, and lives go quick with multiple players. The third and best multiplayer mode is The Tower of Nannar. The players must climb the five levels of a tower, using the same mechanics as the main game, and fight a boss at the top. Instead of starting over with every death, players instead get ten lives and respawn pretty much instantly. The only weakness here is that there are only two towers. If there were 4 or 5 they could sell it as its own game.

The best part is all of the characters you play these modes, and the story mode, as. At first there are three characters other than main character Aban to choose from. Mr. Video game is obviously a Mario knock off, Slayer Aban is pretty much Simon Belmont and Knight Aban is Arthur from Ghosts and Goblins. It would be one thing if these were just costumes that made the characters look like other character, but each of these has special abilities that make them play somewhat like who they are supposed to be. Mr. Video Game can jump on enemies and shoots fireballs instead of throwing knives. Knight Aban loses his armor when he takes a hit and has that distinctive jumping motion. You can also unlock a Contra Aban, Ryu from Street Fighter and Ryu from Ninja Gaiden. Pretty much the only NES star not present is Mega Man. Then there are the actual guest stars. The stars from many indie platformers are unlockable as well. They too have distinctive abilities, making them feel as much like themselves. Altogether, it is like an all-star team of platforming heroes.

The overall feeling is that 1001 Spikes is made by people who love this kind of game. The main game speaks for itself, ingenious and occasionally deliberately unfair little game. But all the extras is what puts 1001 Spikes over the top. There is just a genuine love for 8-bit video games on display there and it makes for a supremely enjoyable package. Honestly, at the halfway point, this game is a solid contender for game of the year. 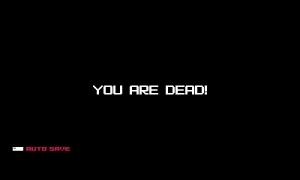 One thought on “The Temple of Doom”