When faced with the poorly explained choice between Fire Emblem Fates’ Birthright or Conquest versions, I went with Birthright. Given how the differences were explained, Conquest is that game the more closely fit with how I’ve played the series. I am just about as much of an old fan of Fire Emblem as exists in North America. I started with Sacred Stones, but quickly went back to play the first two GBA games, the fist using a translation patch and emulator, the only time I’ve actually completed a game that way. I’ve stuck with the series since, only failing to really enjoy the DS game. I liked Awakening, but I felt like it changed a little too much of the series core in an effort to expand the series fan base.

It makes sense that when Nintendo explained what the differences between the two versions were that I would go with Conquest. Birthright was supposed to be more like Awakening; Conquest was the throwback to the early games in the series. There was one big change that I really wanted to keep, though: the world map. I started with Sacred Stones, the first game to try an Awakening like pivot for the series, but it was too rushed and too easy to have the impact that Awakening did. Still, a lot of the changes to Awakening were tried out for the first time in Sacred Stones. While I would agree that Sacred Stones is far from the best game in the series, its changes to the series’ structure were good. As much as I want an experience like Path of Radiance, I’d rather have some of the niceties of the modern games. Still, the choice for which one to buy (first, since I am going to be playing Conquest as soon as I finish with Birthright) came down to the fact that I prefer Birthright’s White and Red color scheme to Conquest’s Black and Purple.

Honestly, I was pleasantly surprised by the game. Even Birthright pulls back from the cakewalk that Awakening was. There are some big changes to the pair up mechanic that stop it from completely wrecking the game’s difficulty curve. Now combo attacks always happen unless characters are paired up. Pairing up is now a defensive maneuver. It blocks enemy combo attacks and occasionally blocks main attacks. In Awakening there was no reason not to pair up, in Fates it is a situational tool. Not pairing up allows the player to combo and press the attack, pairing stops the enemy from doing the same. It turns a broken mechanic into an interesting one. 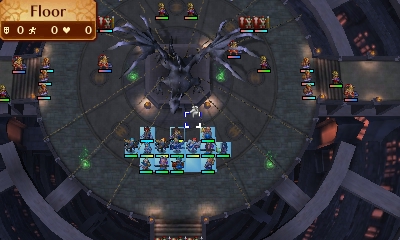 The other big change to the formula is that they removed weapon durability. At first I thought this would simplify the game too much; judicious use of powerful weapons was an integral part of the series. The change was worked into the game perfectly. Now even the best weapons can have significant downsides and super powerful weapons are harder to find. It makes for fewer decisions for the player, but more important ones. The new weapon system really won me over by about the midpoint of the game.

It does continue the series strong focus on characters. The plot never moves past generic fantasy fluff, but the real draw is in the support conversations between the characters that make up your army. The start in out in pretty stereotypical roles, but the strong localization work really helps flesh out the collection of stock characters. The furor over this game’s localization is equal parts annoying and amusing to me. It is annoying because people who have done excellent work are getting yelled at by idiots; it is amusing because of how impotent those idiots have proven to be. Fire Emblem Fates looked like Nintendo taking a hard turn into some otaku jerkoff bullshit and the NA version deftly smoothed out the roughest, grossest parts of it, causing a teapot tempest of man-baby outrage. When the dust settled, intelligence won out and FE Fates was the best-selling game in the series in its first month. It is always good to see good work rewarded. Far from being a problem with the game the quality of the Fire Emblem Fates localization, like with nearly every game Nintendo’s Treehouse group translates, is one of its strongest features.

I will always miss the incredibly charming sprites from the GBA games, but Birthright is one of the strongest games in the series to date. Now it’s time to find out if its supposedly more difficult counterpart is just as good.