I’ve got the last two Rebirth issues from last month to review here, as well as some final thoughts on DC’s whole Rebirth initiative. Or at least the first phase of it. 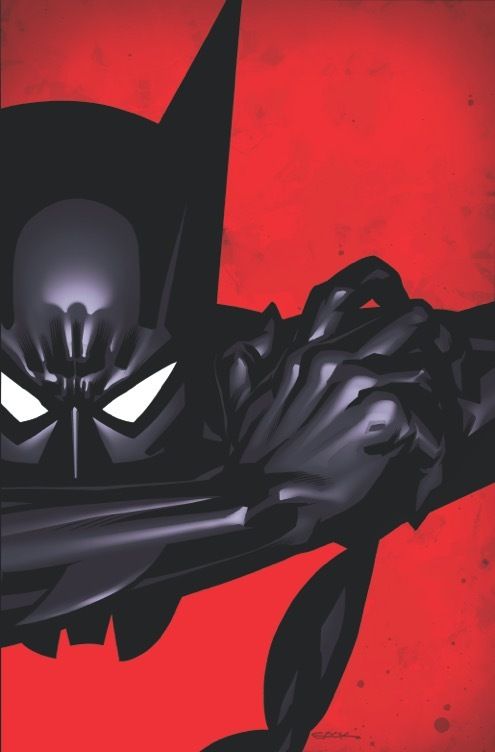 DC has been nothing if not persistent in keeping Batman Beyond alive. They have been publishing at least one book in that setting for more than the last five years. After messing with the concept in the weekly misfire Future’s End, Batman Beyond Rebirth attempts to reset things to a status quo more familiar to fans of the cartoon. It works setting up an interesting direction for at least the first storyline of this new series.

The story, by Dan Jurgens, is a perfectly competent introductory issue to a comic. He efficiently introduces the characters and their relationships while also starting a mystery that will fill at least the next six or so issues. The real draw for the Rebirth issue is the art by Ryan Sook. Sook does a lot of cover work, but his interiors are an infrequent delight. The presence of his art is enough to warrant a purchase of this issue.

This is a fun, slight comic that is yet another largely unnecessary getting the team together book. It starts with Beast Boy at a party, then follows with Starfire, Raven and Kid Flash. All of them ruminate on their current problems, a lot of them in relation to [spoilers] the death of Tim Drake, before being taken out by a mystery assailant. At the end of the issue, with the team gathered and trapped in Incredibles-esque shackles, the mastermind reveals himself. Since it is the cover of the book, I am just going to reveal that it is Damian, who has gathered the team so he can ply the Robin on the Teen Titans.

It is fun; Percy shows a strong understanding of the most of the characters (I am ambivalent to his take on Starfire that seems to ignore the excellent Conner/Palmiotti series) and Meyer’s art is cartoony and playful. It is a perfect art style for a younger skewing book, one that is looking to take advantage of the inherent humor of Beast Boy’s transformations and the like. Like with most of these Rebirth issues, though, there is just not a lot here. It feels like a 0 issue, something that could easily be ignored or avoided.

With these being the last rebirth books for a couple of months, though I am much looking forward to Batwoman and Justice League of America, I guess it is time for some final thoughts. With Rebirth, DC seems to have taken a good look at why the New 52 failed creatively and made steps to fix it. Steps like not rushing the books out all at once and having a stronger focus on the core of the characters instead of asinine attempts to “modernize” them. The evidence of editorial edict is much less prominent. While to line did lose a lot of the New 52’s initial variety, as well as that of the DCYou, stripping everything down to just core superheroes. That problem has been alleviated somewhat by other lines of comics, like the Hanna-Barbera comics and Young Animal. Young Animal’s recent start, with Doom Patrol, Cave Carson has a Cybernetic Eye and Shade the Changing Girl, has been excellent, nailing the early 90’s Vertigo Comics feel. The Rebirth books have not all been good, there have been a few that haven’t quite worked, but most of them have been an improvement on what came before. I am buying more DC Comics now, and there are more than a few I wish I was reading that I can’t fit into my budget. In all, I’d rate Rebirth as a big win for DC.

I’ve got a top 5 favorite Rebirth series list, but it was a somewhat tough one to come up with. Not only because a lot of the books are very good, but also because the different number of issues each series has shipped. I’ve just read Superman 9 and Supergirl 2; it is hard to judge them against each other. Still, I did just that.

5: Batgirl – Barbara’s adventures in Asia have been very enjoyable so far.

4: Green Arrow – I’ve never been a huge Green Arrow fan, but I’ve really enjoyed this series so far. I liked it enough that I went back and got Percy’s run on the title before Rebirth, which was pretty good.

3: Supergirl – Steve Orlando is one of the best new writers at DC, between Supergirl and Midnighter and the recent crossover Night of the Monster Men I’ve loved everything he’s written. This is a strong take on the character, with great art from Bryan Ching

2: Batman – Tom King is great, and his take on Batman is right in line with what came before and its own thing. This is Batman as a full on superhero and it is a blast.

1: Superman – I love the set-up of Superman adventuring with his kid, and the most recent issues, on the time displaced Dinosaur Island, were amazing. This series is just great.