Checking my posts about previous Pokémon games, I am confident say that this game is my favorite in the series since Black & White. Maybe since all the way back to Red and Blue. Pokémon Moon is a phenomenal game. While I found Alpha Sapphire tedious, just like I found Sapphire tedious, I did like X & Y and Black & White 2, they didn’t quite grasp me like the game’s I’ve truly loved have. White grabbed my attention with its collection of all new Pokémon. There was no finding the same old monsters you’ve been seeing since 1998; throughout the main game all that could be found were new monsters. Y, which didn’t grab me the same way, tried to differentiate itself by finally moving the series into 3D polygonal graphics. It was a good and necessary change, but it wasn’t enough on its own to get me to love the game. Moon keeps the graphical improvements from Y, but also shakes of the series usual progression in some fun and interesting ways.

Pokémon Moon may be the most plot heavy games in the series. There is more than just the usual 8 gym badges interspersed with showdowns with the local Team Rocket equivalent. In fact, there are no gyms at all. The evil team stuff does take a bit of a step forward, but their plans are less world dominating maniacal and more street punks on a rampage. This is mixed with a plot about Pokémon from another dimension crossing over into this one. Replacing the gym leaders are Trial Captains and Kahunas, which are essentially the same thing, except instead of a gym they have trials for the player to complete. This works into the expanded story parts by letting the Captains and Kahunas show up more often on the adventure. Some are just the guys you see in the one scene where you fight them, others are encountered all over the island helping the player out. Each of the game’s four islands has a Kahuna, chosen by the island’s guardian Pokémon, who appoints the Captains to test people before they battle the Kahuna. A big part of the game is the local Pokémon Professor going around trying to set up an elite 4 like in the other regions. All of these different elements come together to make a game that is much more about the story of this area than previous games and a little less about the player’s quest to be the Champion. It isn’t a huge change, but it is a big enough one to make Pokémon Moon seem fresh compared to the previous generation. 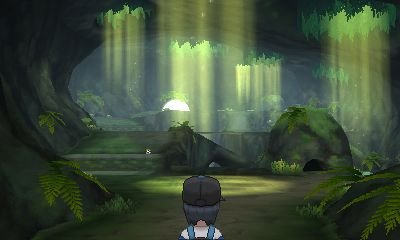 There have also been rather significant to the gameplay. The big one is dumping HMs. Hidden Moves, or HMs, were a gameplay element that let the player use moves on the world map. The series relied on these for environmental puzzles in previous generations. They were also on the whole not terribly useful moves that were impossible to get rid of. It lead to most players carting around one Pokémon whose only skill was the ability to learn 3 or 4 of those moves. Sun & Moon have eliminated them in favor of several Pokémon that can be called to solve those puzzles and are gradually unlocked as the game progresses. I was never a big detractor of HMs. There were occasionally a chore, but the series has scaled them back since Diamond & Pearl and they weren’t much of a hassle. Still, I can’t claim losing them isn’t an improvement. The solution keeps the basic functionality without clogging up the player’s team.

Instead of filling up the Pokedex with tons of new monsters, the highlight of each new generation and something that is quickly becoming untenable as the number of Pokémon approached 1000, Sun & Moon adds a ton of new forms for old Pokémon. It works with an idea that has already exists, region variants that look different from others of the same kind of Pokémon, except now they can have new types. Stuff like adding dark type to Rattata. It essentially takes old Pokémon and makes them new Pokémon, but in a more interesting way than X&Y’s Mega Evolutions.

I really didn’t care for Mega Evolution. I found them goofy and not especially fun. Most of the Mega Evolutions went to Pokémon who were already strong, making them largely unnecessary. Sun & Moon add Z moves, a similar concept that just works better. They are powered by an item the Pokémon holds, and any Pokémon with the appropriate attack type can use them. Plus, they are accompanied by a goofy dance the trainer does. Instead of making one Pokémon super powerful, it gives a Pokémon on superpowered move. It is better balanced and more easy to customize to the player’s team.

I really liked Pokémon Moon. I enjoyed it enough that I am thinking of spending some significant time with the post-game. Usually I make a token effort before putting the game in my get back to pile and never getting back to it. (The big exception to this was Pokémon Pearl, which I put nearly 400 hours on.) Much like the second generation on the DS, the second 3DS generation really feels like it got things right. I again feel excited to play whatever the series has coming next. Maybe I’ll finally get around to downloading one of the original games on my 3DS.