This is going to be the second game I didn’t complete. With Lufia I just got bored and couldn’t force myself to keep with it at the time. I don’t feel the same way with Uncharted Waters: New Horizons; it may in fact be a masterpiece. With this game I am drowning. There is just too much. It is a detailed and complex game with little in the way of tutorial or explanations. It is just the sort of game I would have spent months when I was younger, now I just don’t have the time to devote what could be hundreds of hours to learning the ins and outs of this game. 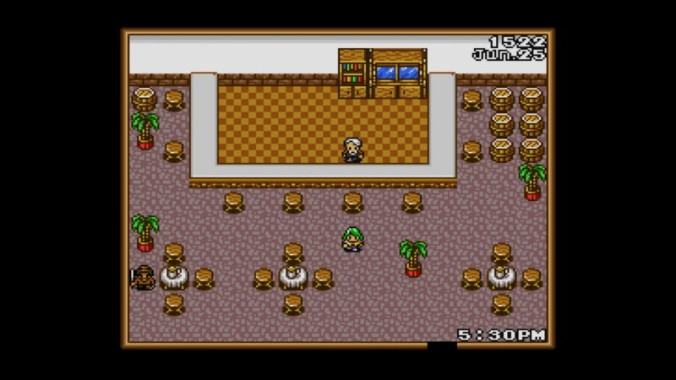 There is a lot to love about this game. The graphics are not the most impressive on the SNES, but while the characters are squat, they are sufficiently detailed to get things across. It actually looks a lot like Final Fantasy IV, a game that was released three years before Uncharted Waters: New Horizons was. Still, the look of the game is more simple than unappealing. It manages to convey a lot of information with a small number of sprites. The trading and exploration systems are fairly deep, especially for a 16-bit game.

Where the game trips me up is just how much there is to do in this game. There are eight protagonists to choose from, exploration, trading and combat to sort through as well as a metric ton of other factors to take into consideration. Each of the characters has their own storyline and their own focus. Otto and Catalina are focused more on combat, being a privateer and a pirate respectively. Then there is Ernst and Pietro, who have stories mostly about exploration. There is also Ali, who is a straight up merchant. And finally Joao, who does a bit of everything. I tried Catalina, Ernst and Joao and was able to make a little bit of progress as each of them. But the game is big, and I never really felt like I knew what I was doing or making any real progress. 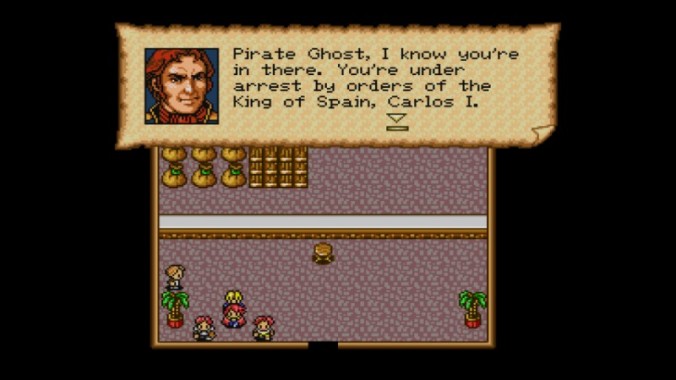 The game starts with a brief story segment outlining each character’s goals. Then you outfit a ship, guessing blindly at first at exactly how to make that happen, and set sail. You can fire on other ships, though there isn’t really any explanation on how combat works you’ll have to figure it out on your own, or stop at other towns to buy or sell goods. You do have to keep track of your supplies, like food and water as well. There are just so many things you could do, with little to no in game explanation on how or why you would do those things that the game makes me feel as though I am drowning. I am doing things, but I am not sure I am making progress or even treading water. 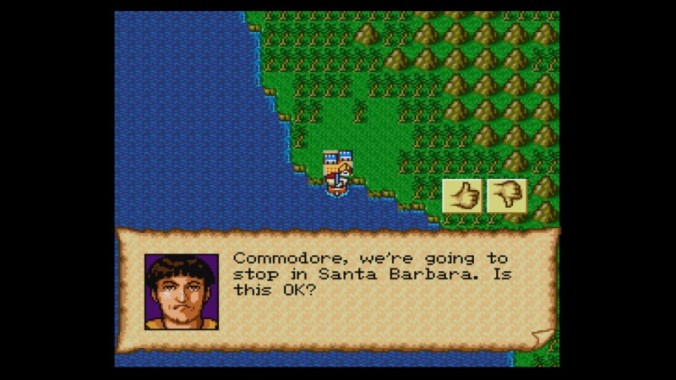 I’ve tried to read FAQs and watch videos to get a better idea of how to play the game and what I’ve learned is that I need to play the game a lot more than I have time for. I have enjoyed what I’ve played so far, but this game is too much of an undertaking for me to really complete. Still, from the dozen or so hours I put into the game it is clear that there is something here. I just don’t have the time or inclination to plumb its depths and find its treasures.