Another four book month. I feel like I am falling off of my 60 book goal for the year. Hopefully I can get back on track over the next couple of months. I will be hard if I try to get back into some fantasy, since those books take so long to read. On the other hand, Amazon had a big Kindle sale on Agatha Christie and I picked up quite a few. This month is mostly mysteries, but I hope to have some variety next time around. 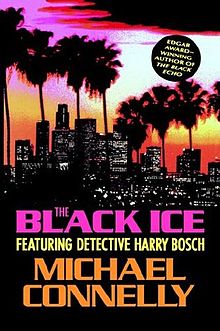 The second Harry Bosch novel, The Black Ice follows Harry as he looks into the death of another cop.  His investigation takes him inside the drug trade and down to Mexico.  I read the first book in this series a couple of years ago and picked up the next couple during a Kindle sale, probably when a new season of Bosch was launching on Amazon Prime.  I’m glad I finally got around to reading them.  Or in this case listening to them.

The book is good.  I can’t think of anything truly outstanding about it, but I liked it well enough. It is a finely constructed mystery/thriller.  It starts with an apparent suicide and while Harry is put off investigating that, the John Doe murder case he is working keeps tying itself back into the first case.  And new bodies keep showing up.  Despite being put off by higher ups, Bosch keeps doggedly working the case, even when it takes him down to cartel territory in Mexico.  It is a pretty fun read.

This third book proved just a little harder than the second for me to get into, even though once it gets going I think it is the superior book.  This time, Harry is on trial for a shooting he was involved with before the series started.

That trial is what put me off a little bit at the start.  It is hard to sympathize with the protagonist when he is acting indignant about being called to trial over shooting an unarmed man.  He contends that the man, who the police believe was a serial killer, made an aggressive move in the dark when Bosch attempted to apprehend him. As the book has set it up, Bosch made the right choice, but his anger at this even being questioned is really off putting.  Once it becomes clear that they either got the wrong man or there is a copycat, the anger kind of fades, but it still comes off as self-righteous.

Once the book gets into the meat of the investigation, though, it really picks up.  With Bosch concluding quickly that the killer must be someone who was close to the first investigation, it has some fun with him looking into other cops and associated people.  It really flies right along. 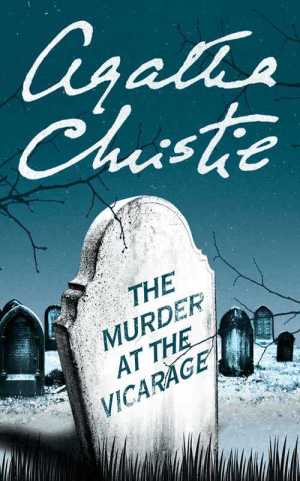 Murder at the Vicarage

I believe this is the first Miss Marple novel. It isn’t one of Christie’s best. I don’t mean to say it is bad or anything; it is a perfectly adequate mystery. An unlikeable Magistrate is killed and the local vicar teams up with the police, and eventually Miss Marple, to find the person responsible. This is one of those ones where the victim is so singularly unlikeable that it is easy to imagine almost any of the characters being responsible for offing him. His cheating wife, his flippant daughter, the wife’s lover or even the vicar himself. It also starts with a bang, since two characters immediately confess to the crime, though both of their confessions are pretty quickly proven false. An all, I stand by perfectly adequate. This is a finely executed mystery that lacks some spark that would make it truly great.

On one hand, I am sure I am not the target audience for this book.  It is a sci-fi tinged YA book about a teenage girl going on adventures in the near future, as well as her troubles with friends and boyfriend.  But, I am also kind of directly the target audience because that teenage girl happens to be Lois Lane, so I am already invested in her relationship with her boyfriend Clark and their shady rich friends Alex.  It is also jam packed with references to 90’s Superman characters.  Many a reader who has watched the excellent cartoon from that era would get, some that require a little deeper knowledge of the Man of Steel.

I loved the first two books in the series, but I think this might be the best one yet.  I hope it is not the last. It feels kind of like an ending.  Lois and Clark finally meet when his parents take him on a vacation to Metropolis.  They go to a baseball game, their families have dinner and they stop mad scientists from experimenting on teenage runaways.  It is kind of adorable.  Bond absolutely nails Lois Lane. She is smart and determined, but also reckless.  Even removed from Superman lore, it makes her an entertaining protagonist.  I enjoyed this book for its Superman trivia, but even without any knowledge of the character it is a fun book. It is a perfectly light, enjoyable read.  I can’t wait for more.