A new Fire Emblem game is out and even though over the last year I played what was essentially 3 new Fire Emblem games – each of Fates campaigns, Birthright, Conquest, Revelation, are full games – I was still really pumped for this one.  Hold on, I mean I played 4 Fire Emblem games, because I completely blanked on Fire Emblem Heroes on my phone, though maybe that is a good thing.  The point remains that I will take all of this series that Nintendo is offering, while they are offering it, because I don’t know when it might disappear again.  Still, with the Fates trilogy being a little bit of a letdown, with its fractured storyline making each of its three campaigns feel compromised in some way, the back to basics promise of the Fire Emblem Echoes, a remake of Fire Emblem Gaiden for the famicom, sounded like a good idea. 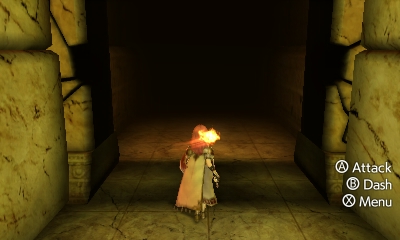 Fire Emblem Echoes is the truest of mixed bags.  It does some things that I absolutely love, but it also does just as many things that frustrate me. On the plus side is pretty much everything outside of the specific mechanics of this take on Fire Emblem.  On the negative side are some of those mechanics. Or lack of mechanics.

It really is the best looking 3D game in the series.  I have long been a partisan of the GBA game’s beautiful 2D sprites as they dance through their attack animations.  None of the 3D games have been able to match those for looks. While they have gotten progressively better, but it wasn’t until this game that I thought that they had equaled the GBA games.  I also prefer the character designs in Echoes to any the series has had in quite some time. They feel like character designs from the era this game originated, with some slight modernization, but not the pure modern aesthetic of Fates or Awakening. The animations are also top notch, with plenty of unique animations for the game’s characters, a touch that really helps bring out the personality in some characters that could otherwise feel somewhat flat. This is just a great looking 3DS game.  I also like the return to a less comprehensive support system, with the pair up mechanic being completely gone.  I didn’t mind those pair up mechanics in Awakening or Fates. They changed the game significantly, but once I got used to how they worked it became second nature.  However, playing this game without them kind reinforces how unnecessary they are.  The strategy here just feels more pure, with your units better able to fulfill their roles.  The role of character supports is also scaled back.  A big part of the last two games has been seeing those supports for as many of your warriors as possible.  This game cuts back on the number of possible supports and makes them less important overall. They are there to flesh out the characters.  There is no marriage/child mechanic, which is more than fine.  I like that idea, and Awakening did good work with it.  But it felt forced in Fates and it really didn’t need to be added here.  If they go back to that in the future, I hope we get a full generational game, instead of a weird work around. 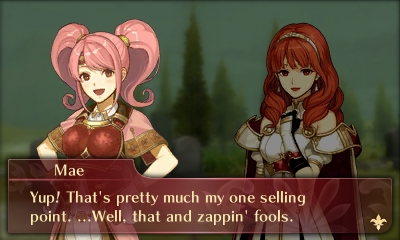 I have some minor complaints with parts of the game, like how one set of units seems to have uniformly dreadful growth rates or that the third person dungeons seemed unnecessary, but mostly I liked.  Still there are two things that stood out to me as flaws.  Fire Emblem Echoes mostly did a great job removing the cruft that had built up on this series, I think it went a bit too far.  While I think this is true to the original version of this game, I really felt the absence of the weapon triangle. Without that, parts of the game devolved into throwing magic users against non-magic enemies and regular fighters against the mages.  There is no nuance to it; it turned kind of simplistic. I also felt the lack of varied map and win conditions.   While Fates, Revelation especially, went overboard with the gimmick maps, something other than kill all enemies would have been appreciated here.  Just a few battles with survive or escape or capture would have helped spice things up quite a bit.  Those aren’t deal breaker problems, but they were big enough faults to keep from holding the game in the same regard as I do for the first few Fire Emblem games I played. 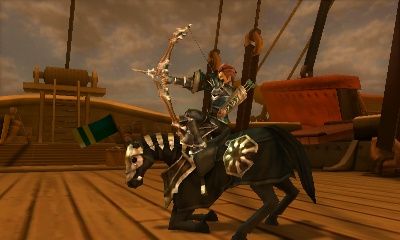 Last but not least is the story.  I was not a big fan of the story in any version of Fates and really haven’t loved the story of a Fire Emblem game since the Radiant duo.  Echoes is a fleshing out of an NES game’s story, but I greatly enjoyed it. Some developments are abrupt, but none are as nonsensical as most of Fates storyline was. I liked being in control of two separate armies, each with their storyline to play through but not being locked into one story or the other. I see how much this game influenced Sacred Stones, another series oddball.  I am glad this weird entry in the series got a remake and I am glad it is so much better than the remake the original Fire Emblem got for the DS.