It was a tough month and I didn’t get nearly as much reading done as I would have liked. That is becoming a familiar refrain this year from me. I don’t know what it is, but I am just not getting my reading done. Part of that is how much time I’ve been spending on a few books, like my ill-fated attempt to read all of Dickens. I am going to admit here that I likely won’t get past Nicolas Nickleby this year. As much as I enjoy his novels, they don’t really make for marathon reading. They are too long to get more than one read. I should be catching up on my total for the year with the injection of Agatha Christie I’ve got coming. There was a big Kindle sale and I found a 5 book collection at a used book store, so I’ve got a lot of mystery goodness to get to this summer.

There is an enjoyable mystery/adventure story in here, but the way I read this book really hurt getting to it. First of all, I didn’t read it; I listened to it. It was my next audio book after finishing with the Bosch books I had. As I’ve said before, when you listen to an audio book you are hearing another person’s interpretation of the work. This is generally not a big a deal, but reading lines with the right inflection can turn a line sarcastic or joking when it isn’t necessarily written that way. On top of that, with The Dark Monk the book was also translated from German to English. That is another layer of interpretation, meaning that listening to this book in audio book form means that I was getting something two steps removed from what was originally written.

This book isn’t some great work of art that needs to be exactly the author’s vision to be enjoyed, it is a fun historical adventure, but it does give me a way to excuse some odd things in this book. For a book that seems to take a lot of care for historical accuracy, some of the word choices seem out of place. It is jarring when the dialogue doesn’t seem to match the setting. But that might not be the fault of the author, it might be the translator. Or it might have to do with how it was read. Problems like that crop up just often enough to hamper the experience, but they don’t get in the way of the story.

The story is breezy and enjoyable. This time Simon, Magdalena and Jakob look into a group of bandits terrorizing the countryside and following the trail of a hidden Templar treasure. They have to both avoid the bandits and members of a secret church organization who wants the treasure for themselves. They are joined by the aristocratic sister of a murdered priest, which starts to drive a wedge between Simon and Magdalena. Meanwhile, Jakob is purposefully distracted with torture and executions. It isn’t a perfect story, but it is pretty enjoyable. 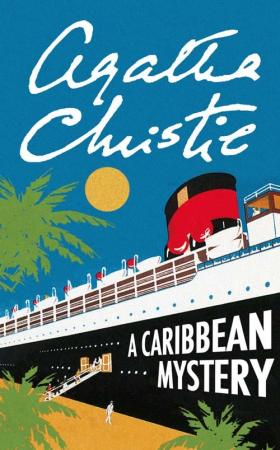 A Miss Marple mystery as she takes a vacation to the Caribbean and gets mixed up in a murder, as she is wont to do. I’ve read the sequel to this book already, though I didn’t realize it until about halfway through. Miss Marple is on vacation at a resort hotel that has several semi-permanent guests. One of them mentions a murder, but quickly shuts his mouth. The next morning he turns up dead of an apparent heart attack. Miss Marple suspects foul play, and that the foul play isn’t finished, but she needs help to uncover the plot before it claims too many lives.

It might just be the order I’ve read her books in, which is to say whatever order I happen across them, but lately I’ve noticed the Marple stories I’ve read have featured a much more active Marple than the first few. She is still one to let others do the footwork and bring her the information. Still, this isn’t one that has her swooping in at the end to solve a mystery that she barely seemed to be aware of before. It creates a compelling group of characters to explore as Marple and her allies sniff out the culprit. I liked it. 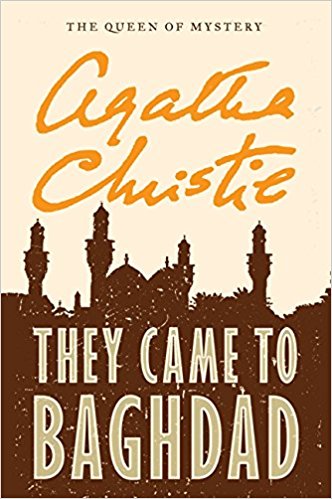 They Came to Baghdad

This is an odd one. It is kind of a spy novel featuring a protagonist who barely knows they are involved in any sort of intrigue. Victoria Jones flies to Baghdad on a whim after losing her job to follow a man she met one time. She is flighty, but also pretty quick on her feet lying her way through society. There a betrayed secret agent stumbles into her hotel room and dies. His handler employs her to help find who betrayed their man. She meets the man again and starts a relationship as she looks for murderer.

Victoria is a fun character. She is just silly enough to make things fun even as they turn deadly. She stumbles into and out of dangerous situations armed only with her quick wit. No real knowledge or intelligence, just an ability to read people and construct plausible lies. It really works even though the book isn’t exactly filled with surprises. I enjoyed it quite a bit in the end.