I intended to write about Final Fantasy XII: The Zodiac Age when I was about halfway through it, but that didn’t happen.  Instead, the game completely took control of me in a way that few games do.  It is very similar to the weeks I spent enthralled by Breath of the Wild earlier this year. That doesn’t happen to me often, for it to happen twice in the same year is unusual. 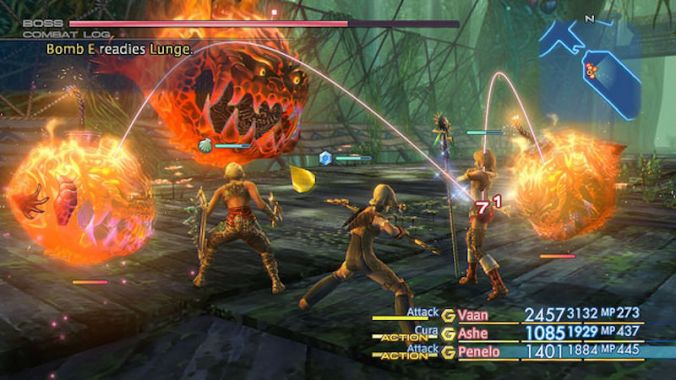 Especially since I have already played Final Fantasy XII. It got me like this all the way back when it first came out.  I went to a midnight launch of the game at a Gamestop and played it pretty much nonstop until I beat it.  This remaster is largely the same game; very little of the content is changed.  The biggest changes are in the license board character growth system, since The Zodiac Age is based on the International special edition of the game that introduced job specific license boards instead of one identical one.  It’s a change I feared going in, thinking that it would upset the game balance by limiting the characters. While it does limit them, it also makes for more specialization. They are better at the few things they can do.  It takes for some adjusting, but all it really takes it knowing what abilities you have at your disposal. 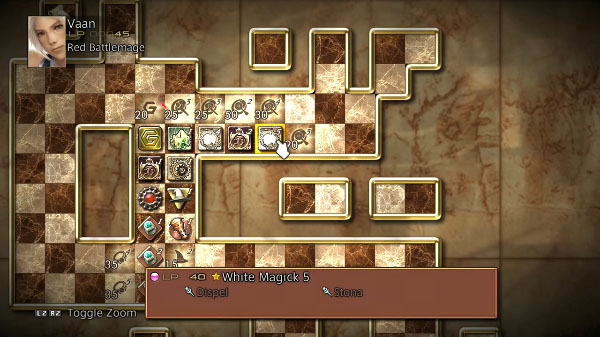 Some of the game’s flaws are still there.  A lot of abilities are hidden in randomly spawning chests in dungeons.  That makes it really hard to make full use of your abilities when the best ones are hidden three quarters of the way through the game.  Some really great strategies are just impossible until you have the right skills, which even if you unlock them on the board you might never have.  I don’t know why they did it that way, but it is a very extent annoyance.

Still, I burned through The Zodiac Age in about a week of play.  In my head, FFXII turned into a slog about halfway through and dragged on way too long, like a lot of PS2 games did.  I did not find that to be the case this time.  I cleared the game in about 40 hours, which is about how long I like JRPGs to take.  I don’t mind the occasional 80 hour super-epic, but I prefer the Chrono Triggerian focused 25 experience.  FFXII fits right in between the two of them.  It is just about perfect.

The story does take a back seat after an action packed opening, but the world it task the player with exploring is the best.  I stopped caring that my task got kind of lost, because I was having too much fun exploring the caves and plains and beaches of Ivalice. There is just so much there, enough to keep anyone busy for at least as long again as playing through the story takes.  The world is the star of this game.

Honestly, though, I am a big fan of the story of this game as well.  It has one of my favorite casts.  Basch, Balthier and Ashe are all great characters.  A lot of people really don’t like Vaan and Penelo, but I find them inordinately charming.  Vaan positioning as the protagonist, even though he is not even close to the driving figure of the story, can be annoying, but the character himself is a lot fun.  His youthful exuberance is the perfect antidote to the often closed and jaded characters like Basch.  It takes more than a few cues from Star Wars, but Vaan is not the Luke of this story, he’s more like the R2D2.  A vital part of the team, but not really a driving force of plot. (the others match like this Balthier = Han, Fran = Chewie, Basch = Luke/Obi Wan, Ashe = Leia and Penelo = C-3PO) It gets a little lost in the middle, mostly because the story is split by vast stretches of land, it honestly holds together a lot better than I remembered.

Final Fantasy XII: The Zodiac Age is FFXII just like you remember it, much in the same way that the 3DS remakes of the N64 Zeldas are just like you remember them.  They are not as the game’s actually were, but they are close and everything that is different just removes annoyances to let you get at the great game that has always been underneath.  This remake is the rose tinted version of the game, minus a bunch of small complaints that didn’t even occur to players at the time.  I put up my Final Fantasy rankings a month or so ago and I stand by XII’s placement on the list. This game is one of the greats.