I decided to follow up the first Yakuza Kiwami with the recently released remake of its sequel, my other option being the finale of the Kiryu saga Yakuza 6. Going straight to Yakuza Kiwami 2 let’s me do a full series replay before closing out the Kazuma Kiryu’s story. Unlike with the first Kiwami, I never played the original version of Yakuza 2, so this was all new to me. 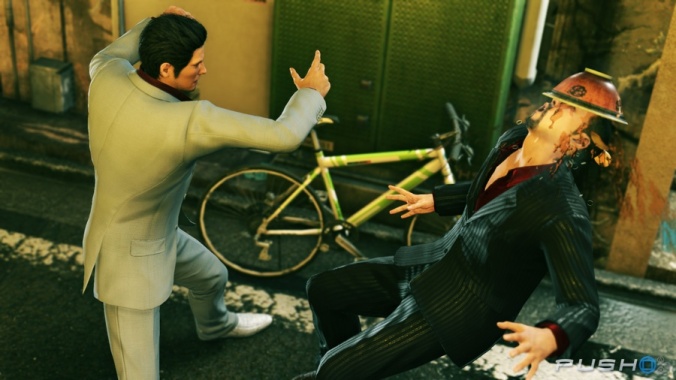 Okay, maybe all new is an exaggeration; the game isn’t really all that different from the previous games in the series. But the story was all new and it is the first game I’ve played made for the PS4 (Yakuza 0 and Kiwami were both released on both the PS3 and PS4). I have now played all of the numbered games in the series and while Yakuza 2 is not the missing masterpiece that some claim it to be, it is a worthy and exciting entry in the series. Since I haven’t played the original release, I can’t really compare the Kiwami version to it, so I will mostly talk about how Kiwami 2 works on its own terms and not as a remake.

YK2 feels a little like a game that doesn’t really know where it’s going; like Sega never really planned for a sequel to Yakuza and didn’t really know what that sequel was going to be. It struggles to Kiryu back into the Tojo Clan in a logical manner. At the end of the last game, Kiryu ran out after being made head of the Tojo Clan, leaving outsider Yukio Terada in charge while he rode off into the sunset with Haruka. This game starts with the Tojo Clan in crisis, as Terada has proved to be a less than effective leader. When he is assassinated by the Omi Alliance, Kiryu reverses course, dumps Haruka back at the orphanage to try to prevent all-out war between the Tojo Clan and the Omi Alliance. 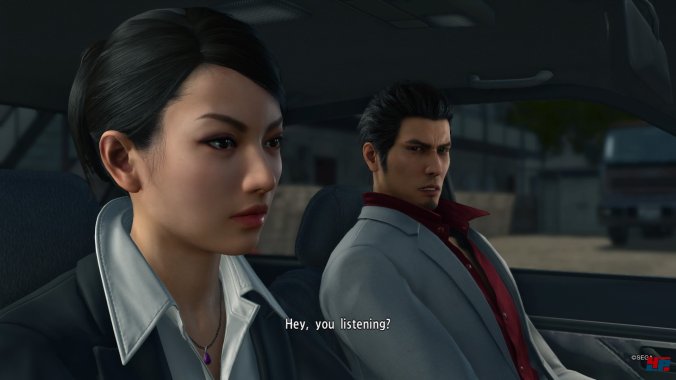 Since just about everybody was dead at the end of the last game, Kiwami 2 has to repopulate the cast with new characters to kill. The big additions are Ryuji Goda, Kaoru Sayama, and Daigo Dojima. While the additions are great in this game, only Daigo has any lasting influence on the series. Part of that is the nature of Goda’s role in the story. He is the antagonist, one of the few direct foils that Kiryu faces in the series. They set him up as a straight counterpart to Kiryu; they are both ‘dragons,’ both adopted by older leaders in their clan and both the most feared fighters in their respective organizations. Goda is Kiryu gone bad. It works, when the game actually lets them face off. Unfortunately, Goda disappears into the background for a large chunk of the middle of the game. It isn’t as bad as Nishiki no showing most of the first game, which the Kiwami remake went a long way to fixing, but it still gives a little too little room to make an impact. On the other hand, Sayama does leave an impact. She is a pretty straightforward love interest, but she fills that role well. She isn’t a damsel in distress; she is a dangerous and capable player in this drama. It is honestly more her story than Kiryu’s. Too bad she is never seen or heard from again.

The big problem with with this game is that it has no stakes for Kiryu; he is just sort of there. The story would honestly work better if Daigo Dojima replaced Kiryu as the lead. He is brought back in to deal with the power vacuum, could face off against another upstart and he could have the love story with Sayama. Or perhaps it could have taken the road of Yakuza 4 & 5, which split the game among a handful of playable characters, with a lot of these newcomers getting their own chances to shine. I guess I shouldn’t be trying to change the game in my head; it isn’t like it is bad. It just feels like a surprise sequel that was made without much of a plan for where the story would go next. The only thing the game seems sure of is that Kiryu is the protagonist. 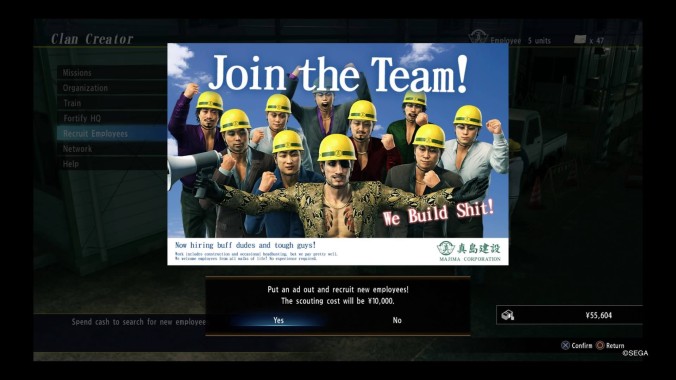 I think I like the new engine this game uses. Everything feels more fluid and contiguous. Earlier Yakuza games seemed to switch modes frequently, with there being clear delineations between fighting and exploring, between outside and inside. This engine smooths those distinctions. It makes for a more cohesive experience. I do miss the variety that the other games have, but this is still a lot of fun.

I don’t have a lot to say about Kiwami 2 as a game, the only real change from the previous Yakuza games is that new engine. I love this series and despite my niggling complaints about story stuff, I loved this game. Like all my favorite game series, such as Zelda or Mario, it is so easy to lose yourself in a Yakuza game. There is this delicate, wonderful balance between the hard boiled crime story and the unabashedly weird substories and peripheral stuff. I should clash, but somehow it doesn’t. And while I groused about Kiryu being ill-fitting as the protagonists of this game, he is still and all-time great character. He is the one piece of solid ground in the fluid terrain of this Japanese underworld. On to Yakuza 3.