Even though I had the whole month with no school to take up my time, I still only managed to read two books in June. A large part of that was that I got the idea to do a chapter by chapter read through of a book, kind of to try that format of reread out, and discovered it slowed my reading speed to a crawl. I might still go through with the project, though it will be different than I intended since instead of reading a chapter or two of a book I barely remembered, I blew through the first two books of the series. I will finish that series, see below, and probably another book or two next month, including a book I’ve been reading for more than a year. 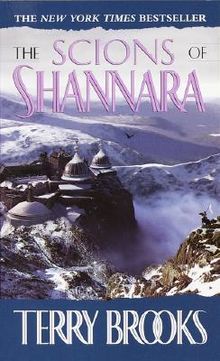 The Scions of Shannara

I was a big Brooks fan for a couple of years about a decade and a half ago. Since then I’ve grown solidly disinterested in his stuff. However, the “Heritage of Shannara” series, in my mind, was the part of his overarching Shannara saga that was the good part. This quartet of books have long been on my reread stack. They were going to be (and maybe still will be) the subject of an ongoing feature on my blog as I reread them. Spoilers: I am not coming out of this reread with as strong affection for these books as I went in with.

Scions meanders. It is primarily an adventure tale, with a lot of hooks that should excite me, but it feels so much like just generic, bargain basement fantasy. Everything is so obvious. If a character appears evil, they are evil. Characters might be deceptive, but the book never is. It kind of kills the suspense and intrigue that feels like it should be a part of the book. Everything is just so on the surface. The Four Lands are in trouble, and the shade of the Druid Allanon has called the children of the Shannara bloodline to try to save it. They are Par Ohmsford, who has the ability to sing illusions with the wishsong, and his brother Coll, Wren Ohmsford, about whom nothing is learned in this book, and Walker Boh, the Dark Uncle is as yet vague magical powers. They are each given a task, and the book follows the brothers as they attempt to recover the Sword of Shannara. Its fine, but there doesn’t seem to be a lot of meat on these bones.

The biggest disappointment is a story hook that almost always lands for me but mostly didn’t here; the conflict between brothers Par and Coll. Usually, that sort of conflict is really my thing, here I don’t get a strong enough feel for the characters to make it work. 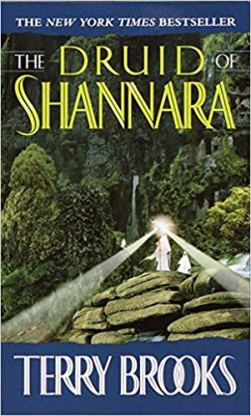 The Druid of Shannara

The second book does not fix the problems I had with the first book in this series. Honestly, it sort of abandons everything set up in the first volume. Yes, it deals with some of the same characters, but this feels like a side story. Walker Boh was given one task; this book that focuses on him has him dealing with a very different task. It also continues with very obvious characters. There is no development or change for anybody.

The book starts with the mystical King of the Silver River creating an elemental ‘daughter’ Quickening and sending her out on a quest. That quest will help Walker Boh accomplish his own, separate quest. Walker is one of the three people that Quickening needs to accomplish her goal. The others are the somewhat despondent Morgan Leah, who lost his magic sword in the last book, and Pe Ell. Pe Ell is introduced as an evil assassin. And that is what he is. The end, no moral. The book mostly seems an excuse for Brooks to play up the post-apocalyptic nature of the world, and to sow the seeds to connect Shannara to another of his book series. His best stuff is coming up with disgusting and unfathomable monsters that the heroes can’t fight. He does just enough of that here to keep the quest interesting, even if it feels inconsequential.