The Netflix Marvel team up started with such high hopes and genuine success that the sorry state it ended up in as it winds down with Jessica Jones’ third season is really disappointing. Well, Jessica Jones S3 is not all that disappointing; it is a good deal better than the kind of miserable second season and a solid, if still flawed, grace note to end this whole endeavor. But the project ends up feeling kind of disappointing. 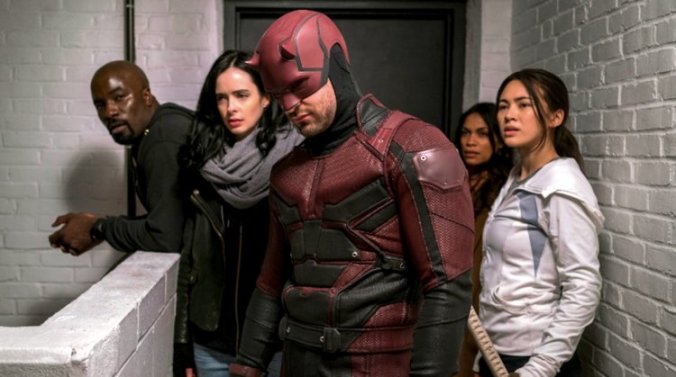 Netflix’s Marvel partnership started strong with Daredevil, but the problems that would hamper everything going forward were already present. It was too long, with 13 hour long episodes to tell a story that did not need to be anywhere near that long. It was also pretty dour, fitting for that season of that show but still true. These loosely connected shows, though, exhibited an uncanny ability to lean into their flaws. It seemed like anything that was a problem in a previous show would be doubled down on in the next show or season. That is how we got to the nadir with the first season of Iron Fist, a good four or five hours of story spread thinly across thirteen, done with seriousness and grimness entirely unfitting for a show about a man who grew up in a city of magical martial artists and can conjure mystical powers in his fist. I have no idea what the streaming numbers look like, but I know my interest was already well and truly waning at that point. I faded a bit more with each season down the stretch, though I would rate Jessica Jones season 1 a little better than Daredevil’s first, and eventually I kind of lost interest in each show. I hoped Iron Fist would be the one to pull me back. Of the four characters originally chosen for this Defenders project, he is the only one that is the most consistently fun in the comics. Daredevil is almost never fun. Jessica Jones can be fun, but her stories tend to be more serious noir detective stories. Luke Cage is kind of in the middle; he can be tremendously fun, especially when teaming up with Iron Fist, but also lends himself to serious work.

One thing all of these shows, save Daredevil, consistently failed to do was reflect what made their comics entertaining. The shows all seemed to shy from their comic roots. They pulled the characters and set ups, as well as bits of plots and stories, but left everything else behind. This was especially the relationships between the characters. I’ll be honest, seeing those develop was one of the things I was most interested in and it never happened. I am sure there are good, production related reasons for that, but it doesn’t make it any less disappointing. I’d rather have had one season of Danny and Luke teaming up in Heroes for Hire than both shows’ season 2s. The fact that the two characters, most famous for teaming up with each other, barely interacted outside of Defenders, was a mistake and a disappointment. It is why seeing Luke Cage and Jessica Jones in Jessica Jones season one dissipate was disappointing. It is not that that is the only story about them that matters, but that it is the story I most wanted to see. The shows also did that in format. They all wanted to be important, “prestige” television, even when that was not the best fit for the characters. Jessica Jones is a private investigator, the fact that the show couldn’t find things to fill the dead space in seasons was sheer ineptitude. They could have taken some cues from mysteries or procedurals, but those shows aren’t “prestige” so that was not the route taken. It is also true with costuming. Daredevil had a Daredevil costume, but the other shows ran as far away as they could from their comic looks. That sort of mocking the comics bullshit worked with X-Men in 1999, but twenty years later it is pretty sorry. If you are going to make a show about Hellcat, have her dress like Hellcat. Iron Fist is a silly character, give him a silly costume. 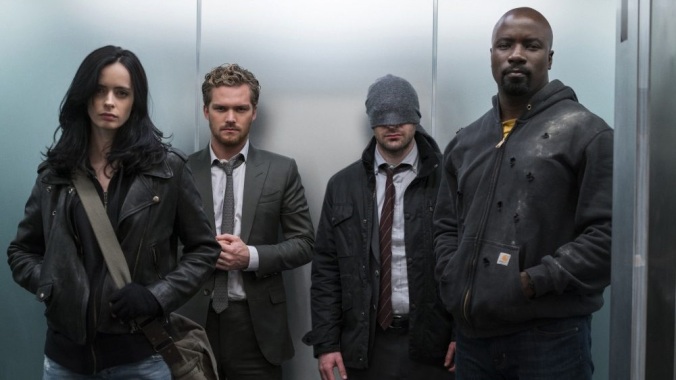 Jessica Jones was the best series of the group. I had the best overall season, and its sophomore effort was not quite the unmitigated disaster that Daredevil season two was. Even that show had a problem with spinning its wheels with one interminable season long plot every time out. The biggest problem with all of the Marvel Netflix shows is that they were just good enough to keep me watching. There was always a scene, or a story or a performance that made me want to see more, even though I rarely walked away from a show actually enjoying it. And they started to figure things out at the end. The two shows that got season 3s improved from their season 2s. Iron Fist Season 2 was shortened. Maybe they were slowly righting the ship.

Now, the Marvel Netflix partnership is over. Most new Marvel shows are going to be on Disney+, and actually tied to the MCU, unlike the unfulfilled promise of the Netflix shows. Maybe they will be good, maybe not. Marvel also still has some other outlier TV shows going on some networks. Hulu’s Runaways, a show whose first season disappointed me and I have yet to get to the second, is still ongoing. There is also a Cloak and Dagger show that I think is still running. The interesting, but flawed, The Gifted has ended, as has the even more interesting Legion, which with Fox being bought by Disney opens up the X-Men for a completely fresh start. TV networks seem determined to find the absolute maximum amount of superhero content that can be created and they don’t seem to think they’ve reached it yet.

Last and likely least, here is a ranking of every season of a Marvel show on Netflix: