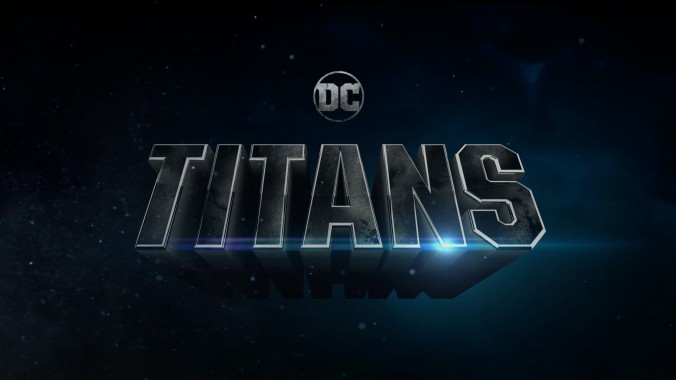 I think I am just going to have to resign myself to not liking how Titans handles its episode to episode storytelling. Instead of building momentum from one episode to another, this show seems determined to restart after every episode. With some forethought, the flashbacks in Aqualad and scenes from this story with Conner could have been weaved into the previous four episodes, instead of each being quarantined as its own discrete chunk. It is a storytelling choice, but one that I think has hampered the show this season, at least when watching it week to week. It feels like a choice made for a binge model, where the viewer can just blow through the whole season in a weekend.

“Conner,” instead of following up on the end of the last episode, with Jason apparently plummeting to his death, shifts gears completely, introducing eventual Superboy Conner to the mix. As a stand alone episode, “Conner” is pretty great. It starts with Conner escaping from Cadmus Labs along with a dog names Krypto. This episode finally starts to introduce some Superman into a series that has been dominated by Batman so far.

Mercy Graves, Lex Luthor’s chauffeur, bodyguard and aide-de-camp, shows up to the wrecked Cadmus and tasks Dr. Eve Watson with finding Luthor’s escaped experiment. Conner wanders the city like some kind of Frankenstein’s monster. He has the body of a young adult, but the understanding of a child. He is a largely blank slate, but he does have memories of the two men who provided the DNA that mixed to create him, those being Superman and Lex Luthor. Those memories eventually draw him to Smallville and the home of Lionel Luthor. The episode expects the viewer to have a baseline of knowledge of who Lex and Superman are. Assuming you do, it works. The weird mixture of the two in Conner’s head make for some illuminating character work. It does a great job of showing who Lex and Clark are, even though neither of them appear, excluding a picture, in the episode. Conner ends up having dinner with Lex’s elderly father, a kind seeming old man who Conner’s Lex inherited memories reveal as an abusive drunk.

The second half of the episode follows Conner and Eve Watson as they try to escape from Cadmus and Luthor’s goons, while she slowly explains the events that led to Conner’s creation. That culminates in the two of them visiting the lab where Conner was created, and since he is experiment 13 he sees the remains of the other 12 experiments. Then the show finally, finally resolves the cliffhanger from the previous episode, while leaving another in its wake.

This episode introduces the best character on the show so far. No, not Conner. Krypto. Conner saves the dog at the opening, and the two of them are together from then on. Krypto is a good dog. The mid-episode reveal that Krypto has powers is excellent, as he catches an rpg and tosses it back to the man who shot it. He acts as something like Conner’s conscience. He knows not to go to the Luthor farm, his barking pulls Conner back several times when his dark side takes over. He is just a great dog.

I find myself enjoying every episode to one degree or another, so I can’t complain too much. Next episode is titled Bruce Wayne, so it looks like where are going to get some Dick stuff. I assume it will be with the team in the present, but who knows. At least I am caught up now.