I’m getting back to doing TV reviews, only now as re-watches, with more of a focus on commentary about the episode and less about determining their relative quality. Also, instead of sticking with Futurama, I’ve decided to rotate shows after every season. So now I’m doing It’s Always Sunny in Philadelphia Season 1. Next, I’ll do Home Movies Season 1, then Arrested Development Season 1 and then back to Futurama. The plan is for an episode every Saturday, but we’ll see how well I keep up with that. On with the shows 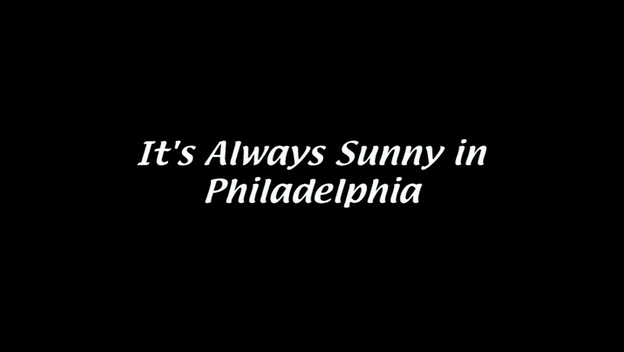 Episode 1: The Gang Gets Racist.

Always Sunny jumps right into the crazy without really introducing the gang, but that is mostly a good thing. You learn about the characters as it goes. The first episode starts with Charlie, Dennis and Mac stopping their arguing about the overdue rent to meet Sweet Dee’s friend from acting class and being very uncomfortable with the added racial tensions because he is black. Except there only added tension is because they are all idiots. Terrell has no hang-ups about race, and none of the gang does for that matter, but their not connecting Dee’s acting friend to the black guy who just walked into the bar embarrassed them. So the show opens with its trademark discomfort due do the overeager, loudmouthed stupidity of the main characters.

The show doesn’t always deal with hot button topics, so it wouldn’t have been strange if the premiere had merely highlighted the gang’s stupidity, but instead they decide to poke fun at racism and homophobia right off the bat, to hilarious results.

Watching Season 1 again after getting used to the post season 2 show reminds how much has changed. As amazing as it sounds, these first 7 (really 10 or so, but especially the first season without Devito) episodes actually seem somewhat subdued. I would argue that the show is better since the addition of Frank, but there is a clear difference in tone; it is less zany, less of a cartoon. Though no less offensive.

Each of the three guys reacts differently to this change in their monochromatic existence. Mac is constantly being an asshole with his foot-in-mouth attempts to get clarification on slang and his completely understandable reaction to their bar being turned into a gay bar without their permission. Charlie, meanwhile, fits in effortlessly with the black college students they meet and has not qualms about the gay bar because they are making money hand over fist. The only person who seems to have a problem with Charlie is his prospective love The Waitress. Unlike Mac, there is some malice to Charlie’s machinations to use the black girl that has a crush on him to prove that he is not racist. Then there is Dennis. The racial situations are no concern of his, but he pick up very early on Terrell homosexuality. At first, he is somewhat uncomfortable, especially after the gar bar realization, but he soon grows to like all the attention he gets from the patrons. Dee doesn’t have a lot to do this episode after her attempts to seduce Terrell are halted because he is gay. (His reaction to her is great: “I’m a musical theater actor living in Philadelphia. I didn’t think it was that big a secret”)

This episode establishes most of the constants of the show, or at least the first season. Charlie is obsessed with the Waitress, Dennis is vain, Mac is an asshole and Dee is ignored by all. It also does a great job of showing these 4 as friends despite their dickish behavior. Their constant petty bickering makes them seem like a group of friends that spend a little too much time together, from Mac wrestling Charlie to see the contents of his wallet to Dennis blithe dismissal of Sweet Dee talk of her dreams. Dee and Mac’s plan to get Dennis so drunk that he has an inadvertent gay experience is just the sort of prank someone could pull only on their best friend or worst enemy.

One slightly sad part of this episode is that this is the only time we see Terrell. He has most of the best lines in this episode. In addition to the previously mentioned coming out to Dee there is also his “Nothing scares gay and black folks like Irish crap.” Many Always Sunny guests become supporting players–Rickety Cricket, Artemis, the Lawyer, etc.–but this is the only appearance of Terrell. I’m not sure how he could have been worked in, but it would have been a good addition.

The episode ends with all racial and orientation inroads being demolished, with a grinning Mac triumphant in his douchebaggery. The Gang Gets Racist does not quite scale the heights that the show eventually will, but it is a great warm-up.