I deliberately waited a few months after Mighty No 9 was released before I played it.  I wasn’t so much put off by poor reviews, I’m able to form my own opinions even after hearing others.  It was more that I didn’t want to participate in the dogpile that was going on.  I contributed to Mighty No 9’s Kickstarter, at a low tier, and I consider it money well spent.  It was an invaluable look at how the sausage was made, though the process can be messy.  It was also a valuable look into the seething black heart that makes up a vocal portion of the gaming internet, the overriding ugliness that was fully revealed in a certain well known blow up of hatred and misogyny that started a few years ago.  Mighty No 9 was such a great learning experience that the quality of the game was an afterthought.  In the end, Comcept and Keiji Inafune delivered exactly what they promised – an action game made in the model of Mega Man – though it wasn’t quite as good was it could have been. 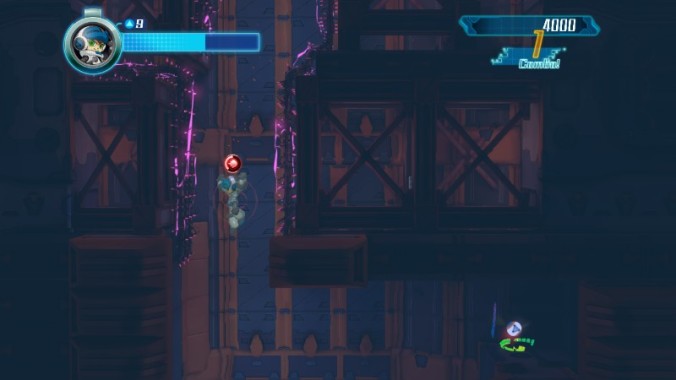 There were clearly a lot of problems right from the get go, problems that were built into the Kickstarter.  Comcept was in trouble the moment they promised to release the game across so many platforms: PS3, PS4, VIta, Xbox 1, Xbox 360, WiiU, 3DS, PC, Mac, and Linux.  Compare that to the highly successful Kickstarter project Shovel Knight, which launched on WiiU, 3DS and PC.  Only three platforms, not ten.  The testing and porting seems to have been an insurmountable task.  Then there was the fact that they started development on Unreal Engine 3 shortly before support for that engine was dropped for UE4.  These are things I never really thought about before this Kickstarter.
Nearly everything about Mighty No 9 has been the target of intense criticism.  Like the graphics.  They do look bad in stills screenshots.  The models as blocky and the backgrounds are often sparse.  The thing is, it is clearly an aesthetic choice. The game looks exactly like it is intended. It is much like Earthbound, a game lambasted for its simple graphics in its day, going for a simple charm instead of flash or detail. Honestly, it looks pretty good in motion.  The characters designs are strong, even if they didn’t make the translation to 3D models perfectly. And the sparse backgrounds help make the action more clear. 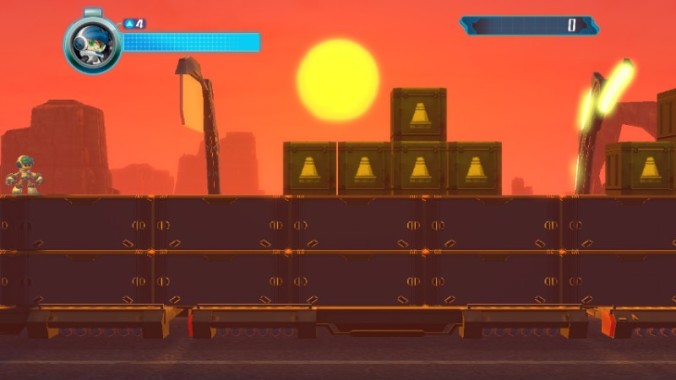 The game does a lot of things well. The controls are impeccable. Beck is a lot of fun to move around. The music is good, with enough excellent tracks to offset a few lackluster ones. Most of the stages are solid challenges, though there are a few duds and nearly every stage has a spot that seems unfair rather than hard.

What sinks Mighty No 9 is an astonishing lack of polish. A lack of polish that permeates the entire game. Largely pleasant graphics are undone by some barren backgrounds and garbage effects textures. Cutscenes with dull dialogue and numerous gaffes and typos. Fun levels derailed by rough screens with too many instant death traps or poorly placed enemies. Then there are the loading times, a problem that may be exclusive to the WiiU version, which border on criminal. And I am given to understand that the patch that installed with the game supposedly helped with load times. It is a death by a thousand cuts scenario, where none of these problems are enough to ruin the experience on their own (actually, the level designs ones might be) but together it makes the game feel inordinately ramshackle. While I am far from an expert, I would guess that many of these problems stem from their attempt to launch on so many platforms at once. They were testing for consoles, computers and handhelds (though those last versions have yet to materialize), and too many things fell through the cracks. 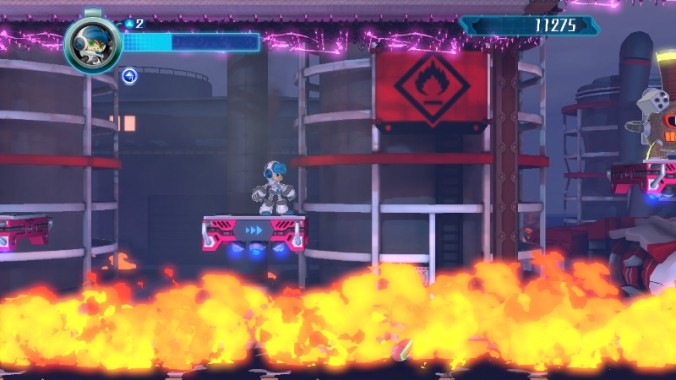 Technical problems aside, there is one big thing that hampers Mighty No 9. For all that the characters look like original flavor Mega Man knock-offs, the game that Inafune and company are trying to recreate here is not Mega Man 2 or even Mega Man 3. This game was made in the mold of Mega Man X4. With its emphasis on dashing, MN9 plays a lot more like a Mega Man X game than a game from the original series. Also, X4 is the game where the story stuff something of a front seat, like it does here to the game’s detriment. I am not opposed, in theory, to MN9’s use of Star Fox like banter mid-level, but the banter needs to be more interesting that what is on display here. If I went in expecting Mega Man X, this wouldn’t really be a problem; but I wanted, and thought this was intended to be, more like the original flavor. That it is what it is is not necessarily a flaw, but it does take a realignment of my expectations.

I am running out of steam here, and don’t really have it in me to go after the asinine elements of gaming culture that coalesced around outright hate over the last few years, with the moronic controversy over a community manager for this project was one of the preludes to all of that contemptible bullshit. I can’t help feel that the fallout from that helped fuel the backlash this game has faced. This post isn’t really about that, but it is hard to ignore that chapter of this game’s development. Someday, I might write out my thoughts on that subject at length, or I would if I thought anybody wanted to read it or thought it might help the people whose lives had been hurt by it. 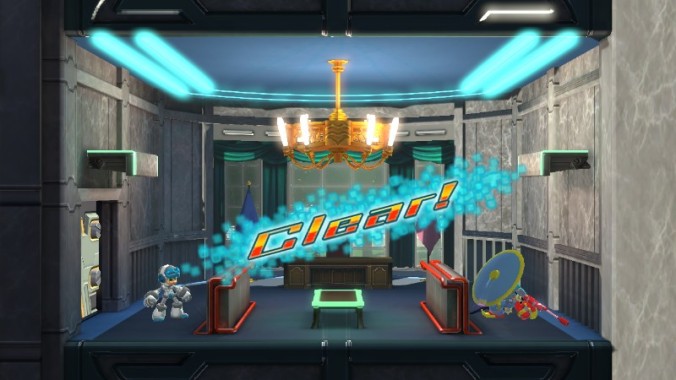 In retrospect, the sad fate of Mighty No 9 seems almost inevitable. It was never going to be all the things people wanted it to be. That is how Comcept could deliver exactly what the Kickstarter promised, though admittedly it was not as good a game as people had hoped, and still have people feel ripped off. The Kickstarter promised a game inspired by Mega Man and other old school action games and that is exactly what we got. It turned out to be the Gobots to Mega Man’s Transformers, but it could never be anything else. And aside from just the seeing the sausage get made aspect to it, it also illuminated the startling entitlement that is endemic to the gaming public.

For all of its high profile and long delays, Mighty No 9 feels like the rough draft of a good game, a feeling not dissimilar to the feeling from playing Mega Man 1. A sequel that takes some of the legitimate complaints to heart could have a jump in quality not unlike that between MM1 and MM2.

One thought on “Mighty-ish No 9”