While Moviepass continues to sputter and struggle in what I genuinely hope are not its death throws, I am feeling like celebrating the summer I have spent with the service. I signed up for MoviePass in March, and finally got my account active in May. Since then, I have seen nearly 20 movies using the service. Some are movies I would have seen regardless, like Ant-Man and Solo, but many other are movie that I would likely not have taken a chance on in theaters were it not for the fact that my ticket was already paid for. Chief among those movies are a pair of documentaries I saw and that I don’t feel like I could write full reviews for. So here are a pair of mini reviews for two excellent documentaries I saw this summer with MoviePass. 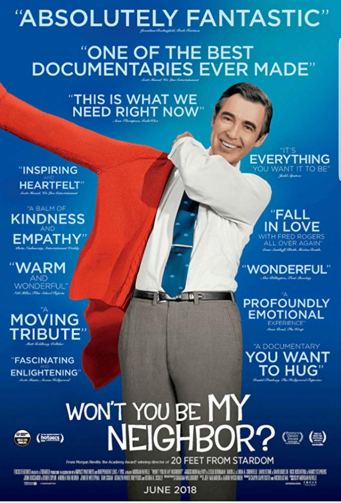 Won’t You Be My Neighbor?

Won’t You Be My Neighbor tells the story of Fred Rogers, the man behind the children’s show Mr. Rogers Neighborhood. I don’t have a lot to say about it; the movie is inspiring and uplifting, but it is hard to explain without just recounting the movie completely. Won’t You Be My Neighbor details Rogers life and while it doesn’t shy away from struggles and missteps he made, it paints the portrait of a man who was as genuine and kind as he appeared on his TV show. Fred Rogers believed that he could use television as a force for good and to help educate children. He proved this with his popular and long running show that touched the lives of millions. This is just a wonderful story told in a very good movie. 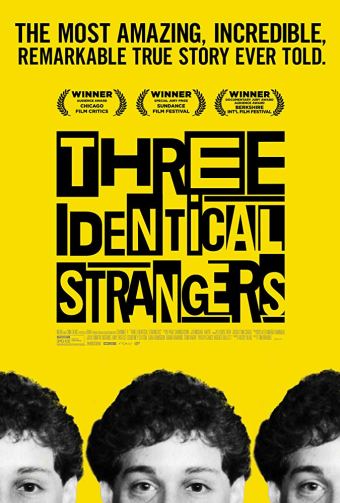 This documentary tells the true story of identical triplets separated at birth who found each other at college. The story of the brothers themselves is engrossing and somewhat tragic, the mystery behind their separation is equally intriguing and a little less satisfying. Also, some the stuff the movie somewhat posits about nature v nurture is questionable. The movie starts with one of the brothers going to college, only to be recognized by people he’s never met. Eventually, it is discovered that he looks just like another student. So he meets up with this other student and discovers that they share a birthday and were both adopted out of the adoption service. When the story appears in the paper, a third brother emerges. They then look into how the brothers got separated, which is itself quite a story, though one that the movie learns really hard on for no more of an answer than they found. The movie also looks at how the upbringing of the brothers may have affected their adult lives, and uncomfortably points fingers to explain some things. That is a dark mark on what is otherwise a fascinating movie.