I burned through a couple of books to start the month, then got stuck in the cycle I’ve been in all summer: starting books only to lose interest about a quarter of the way through. At some point I am going to finish a deluge of books, but it isn’t going to be in August. 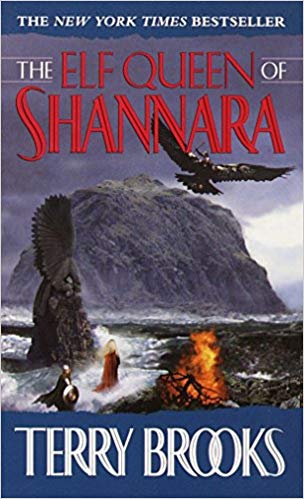 The Elf Queen of Shannara

The Heritage of Shannara series has not held up anywhere near as well as I’d hoped it would. I recalled really liking this one, but it feels incredibly rushed on a reread. You can’t complain about Brooks being slow paced. This starts with Wren Ohmsford taking up her quest to find the missing Elves. After some misadventures, she finally finds a lead in Tiger Ty, a member of the tribe of elves that rides around on giant birds. He leads her to the deadly island where the elves have moved and she has to get them to safety before the volcano on this island erupts. With the elves she learns both their history and her own and what is required to bring them back to the Four Lands.

This book feels like it was almost completely made up of storytelling shortcuts. The adventure just keeps going even as it adds characters and concepts, so there is no nuance to any of it. Everyone is exactly what they appear to be. Characters are introduced to play roles and there is nothing more to them. There is some excellent action scenes here, and the plot sounds a lot more interesting than it seems when reading it. My disappointment is mostly from wanting something different from this movie than I wanted.

The Talismans of Shannara

I have maybe been too hard on this series. This fourth book wraps things up nicely; The Heritage of Shannara is a largely okay series of adventures. I admire the structure of the series. Instead of following the usual linear narrative, this book cordons off its stories. The first book introduces its three sets of heroes, and mostly tells the story of brothers Par and Coll Ohmsford. Instead of continuing their story in the second book, it switches to Walker Boh for his mostly unrelated adventure. The third book then followed Wren on her adventure. Then here is the final book to wrap it all up, and finish the story of Par and Coll. There is a chapter or two in each book to check in on some of the other characters, and a few characters make appearances in the others’ stories, but it mostly tells three unrelated stories that all tie together in a climactic fourth book.

I like that structure. I like at least parts of the plots of each book. I just don’t think Terry Brooks’ writing is for me anymore. Instead of going back and revisit and finish the entire Shannara series, I think I might just box up what I have and put them away. It feels better to leave my memories where they are. 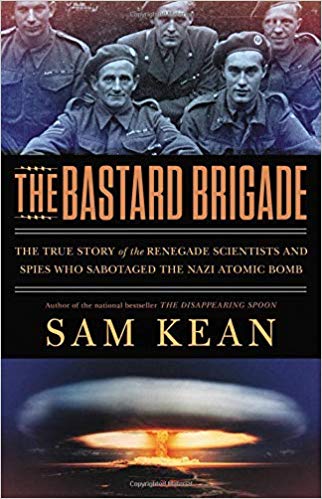 The Bastard Brigade: The True Story of the Renegade Scientists and Spied Who Sabotaged the Nazi Atomic Bomb

This book was really interesting. It deals with nuclear espionage during WWII. Because near the start of WWII the Allies were convinced that not only was Germany working on an atom bomb, but that they were close to discovering one. So while the Manhattan Project geared up, a small group of spies went to great lengths to stop the Nazis.

There is a lot of understandable desperation on display; stuff like filling planes with explosives and flying them into enemy encampments where nuclear experiments were thought to be occurring. They ran several missions into Norway to stop the production of heavy water used in Nazi experiments, only for those efforts to turn into a series of distastrous misadventures. There are a lot of interesting characters, like the Joliot-Curie’s, who seemed to keep missing out on big scientific discoveries and who worked in France to help delay the Nazis and Moe Berg, a MLB catcher turned would be assassin. What is most striking is just how haphazard and desperate all of these efforts were. It is hard to judge how effective anything was. It is clear that the Nazis never really got all that close to producing a bomb, but whether that was due to espionage and sabotage or just due to their own failures. Still, this book makes gives an enthralling look at a part of WWII that is rarely discussed.