The Gang Finds a Dead Guy. 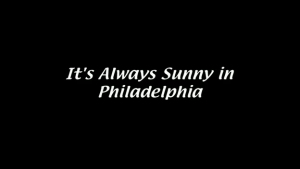 I’ll start by saying I appreciate Mac wanting to beat up Tom Brady, a sentiment I agree with. Of course, Dee is absolutely right, Mac is delusional. This is not one of my favorite episodes, though it does have some really good bits.

It starts as the title says, the gang finds a dead guy. This really isn’t much of anything until his granddaughter arrives and Mac and Dennis start competing to win her affections. This is one of the earliest spots that Macs proves he is, if not a better person at least more naïve than his friends. Yes, all four of them are awful, awful people, but Mac is often a little less awful. Dennis is a complete sociopath, Dee pretends to care but doesn’t really care for anything other than herself and Charlie is a monster man. Mac is a lowlife, but aside from the joy he takes in spreading STDs he is mostly a stupid but harmless lowlife. In dealing with the granddaughter Dennis is able to beat Mac every time because Mac has limits to how far he will take a lie. Dennis doesn’t.

This also triggers Dee’s story about feeling bad that the man dies old and alone and decides to visit her elderly grandfather. Unfortunately she has a not too funny exaggerated fear of old people. So she recruits Charlie to come with her and their grandfather mistakes Charlie for Dennis. He has a task for Dennis/Charlie, to bring him his war uniform so he can die in uniform. He also throws around a ton of anti-semitic slurs, alluding to the soon to come reveal.

While Dennis and Mac’s lies escalate, Charlie finds out that Dennis’s Pop-pop was a Nazi. He let’s Mac in on the secret and decide not to bring the uniform to the old Nazi, but to sell it. The terrific verbal beat down that the curator of the museum lays on the pair makes them decide maybe they can’t sell it.

As the episode goes along, Mac gets more and more frustrated while Dennis gets more outlandish and smug. It culminates when Dennis comes to gloat over his victory in the battle for the girl and Mac drops the Nazi grandpa bomb on him in front of the burning uniform. While Mac loses at every turn in this episode, he is able to ruin Dennis’s victory.

This is one of the weaker episodes in the series. Charlie has little to do and Dee’s fear of old people just isn’t that funny. Still, the Nazi stuff and Dennis and Mac’s little war keep the episode from being a complete loss. That bit with the museum curator is really one of the best in the show. I do like that this episode continues the feeling of not forcing the gang into outlandish situations, but letting them get there on their own. Except for Dee’s irrational fear, there is pretty clear escalation to every part of the episode.